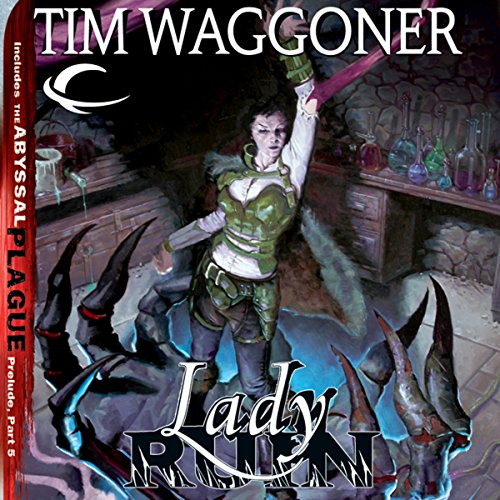 Revel in the ruin as award-winning horror writer Tim Waggoner brings the eldritch terror of Eberron to life.

Lirra Brochann is second-in-command to a force conducting secret military experiments on the creations of Xoriat, the Realm of Madness. When the government threatens to withdraw support for the experiments, the alchemist in charge, Lirra’s own uncle, makes a drastic error and a portal to Xoriat is opened. In trying to stop the ensuing madness, Lirra becomes bonded to one of the experiments, a symbiotic tentacle whip with a will of its own. Maddened by his connections to Xoriat, her uncle and his sudden forces of symbiotically bound soldiers threaten all Lirra once stood for. But stopping them means she’ll have to gain control of the tentacle whip.

A blend of fantasy, horror, and military fiction, Lady Ruin brings a whole new view to the post-war world of Eberron. With a Lovecraftian bent, this adventure will send chills up your spine.

I really don't know why I bother anymore. Bland, predictable, run of the mill... those are about the only words that come to mind. Oh, extraneous would be another one.