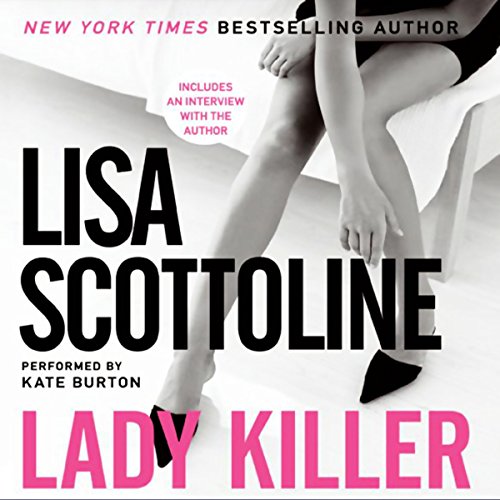 Mary DiNunzio is a trademark Lisa Scottoline heroine - she's strong, she's smart, and she's got plenty of attitude. In recent years, she's become a big-time business-getter at Rosato & Associates, but the last person she expects to walk into her office one morning - in mile-high stilettos - is super sexy Trish Gambone, her high-school rival.

Back then, while Mary was becoming the straight-A president of the Latin Club and Most Likely to Achieve Sainthood, Trish was the head Mean Girl, who flunked religion and excelled at smoking in the bathroom.

As it turns out, however, Trish's life has taken a horrifying turn. She's terrified of her live-in boyfriend, who's an abusive, gun-toting drug dealer for the South Philly mob. There's only one problem - Mary remembers the guy from high-school too. Unbeknownst to Trish, Mary had a major crush on him.

Then Trish vanishes, a dead body turns up in an alley, and Mary is plunged into a nightmare, one that threatens her job, her family, and even her life. She goes on a one-woman crusade to unmask the killer, and on the way, finds new love in a very unexpected place.

But before the novel's shocking ending, Mary is forced to confront some very uncomfortable truths about her own past, and the profound effects of lifelong love - and hate.

I love all of the Rosatto and associates books and this one is just another great one. Lisa Scottoline makes you feel connections to the characters- both good and bad ones- which pulls you into the well woven story, with lots of her customary twists and turns. Don’t miss it!