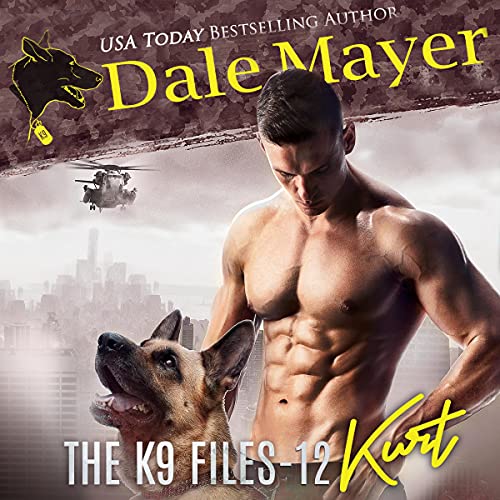 This is the next book in the USA Today best-selling series The K9 Files.

Being a badass growing up had been fine for a while, but Kurt knew his life had to change. His best option? The US Navy. Fourteen years later a serendipitous request from Badger to check out reports of a missing War Dog hidden in the bushes and attacking people sends Kurt to the very place he couldn’t wait to get out of.

When Kurt chose the navy over Laurie Ann so long ago, he left her with a gift she’d fought long and hard to keep. Plus she didn’t give up on her dream of becoming a doctor. When Kurt returns, it’s hard not to see the same person she’d loved in this older version. Yet the town has a long memory, and at least one person isn’t willing to see who Kurt is now.

But, as always, he’s a trouble magnet. Was he capable of handling the nightmare they were in, or would he leave, just like he had last time?