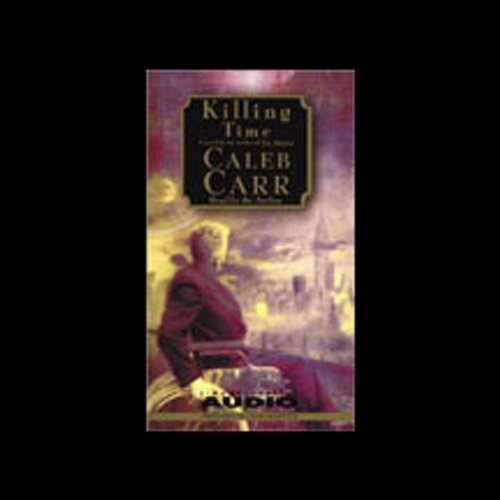 "It is the greatest truth of our age: information is not knowledge..." The year is 2023, and much of the world enjoys great wealth generated by the triumph of information technology. However, the staphylococcus plague of 2006 wiped out 40 million people, and the 2020 assassination of American President Emily Forrester traumatized the nation. Through it all, the Internet remains the main source of information, bombarding people with news, rumors, and allegations 24 hours a day - while creating enormous possibilities for the manipulation of mankind.

Into this world of deception wanders Dr. Gideon Wolfe, a New York psychiatrist, criminal profiler, and historian. Wolfe comes into possession of a computer disc which contains startling evidence that the now-famous visual record of President Forrester's assassination was digitally altered.

Stunned and enraged, Wolfe sets out to unravel the full tale of the Forrester hoax. His journey leads him to a secret group of scientific and military experts who seek to expose the astonishing degree to which the public can be deceived and manipulated in the Information Age. Wolfe joins the team and discovers that their efforts instigate the most horrendous single act of mass murder in world history. Relentlessly suspenseful, Killing Time reveals a new side of a master novelist.

I have to agree with other reviewers herein. If I had read the reviews first, I would not have made the mistake of attempting to listen to this sophomoric trash. The author's accents give the superficial dialogue and flimsy characters their comic book essence. I would not recommend wasting time - or killing the bandwidth to download this.

I thought the writing was terrible, and the reading by the author was even worse! The accents were terrible. It was an interesting concept, but was preachy and juvenile. I couldn't wait for it to end.

Don't listen to or read this book

I have enjoyed reading Caleb Carr's other work and was excited to hear what his "science fiction" was like.

This book sounds like it was written by an adolescent boy with a dictionary. The characterizations are juvenile, the plot inane and riddled with un-adressed logic holes and the basic premise itself is flawed.

It would have been interesting to hear a contemporary writer write and update of "20,000 Leagues under the Sea" replacing the renegade Captian Nemo with a high-tech information age satellite baron. This book only comes close. And that proximity makes the failure to achieve anything engaging or even mildly interesting all the more frustrating.

In case it's not coming across, I was angry that I trusted Caleb Carr enough as a writer to sit all the way through this drivel. ( the cop-out ending is one of the worst parts of a very bad.)

Hardly worth the effort of downloading, much less listening. I agree with the prior reviews: this book is dreadful with a capital dread. Cartoonish, sophomoric, no. That's an insult to cartoons and sophomores everywhere. I bought this because the book was serialized in TIME magazine a couple of years ago; I was only able to read the first installment and I wanted to finish what I had started. Big mistake. What started off as a promising premise deteriorated into something that was just plain goofy. Too bad zero stars isn't an option.

Killing Time is all it's good for ... if that

Maybe I just expected something more ... but I had real trouble getting all the way through this book. Interesting premise, juvenile execution. Someone said the characters were "comicbook" like ... that's too much like a compliment. Comicbooks are more interesting. I really wanted to like this book, but the whole thing was just too disjointed and painful to plod through. I'm not one to worry too much about the audio stylings, effects, etc., but low marks there as well.

This an interesting story which, IMHO is hurt by some logic problems. A bit of a disappointment as a follow-up to The Alienist which is both a top notch read and listen (and AVAILABLE here on Audible).

Horrible....Horrible ....Horrible,and the narration is even worse.
I only gave it one star because I had to, it doesn't merit even one star. Save yourself, turn back now.

What did you love best about Killing Time?

The entire approach the author took to lending authenticity to the story with just a hint of science fiction. Just great!

Again, how it weaved science fiction and based it in a disturbingly realistic setting.

Which character – as performed by Caleb Carr – was your favorite?

There wasn't just one -- it was the incredible effort he put into each. If I had to pick one, Gideon Wolfe was my favorite.

I wish I had read the reviews before spending a precious credit on this awful, boring book. Having been so pleased with The Alienist I expected a good read. Instead what I got was hours and hours of what I can only describe as a sermon. It's a wonder I didn't fall asleep at the wheel and crash my car. The plot had such promise but the story doesn't deliver. If you're contemplating purchasing this audio, I'd suggest you first check out the book at your local library and give it a go that way -- at least you can return a library book.

I thought the story started out well. I was anxious to see how the author dealt with a futuristic plot, even though the story is timeless. But in the end I was disappointed. The story fell flat, quick answers were provided for what should have taken more explanation, and I didn't appreciated the heavy-handed foreshadowing. With that said, it was better than staring at the windshield for 6 hours.