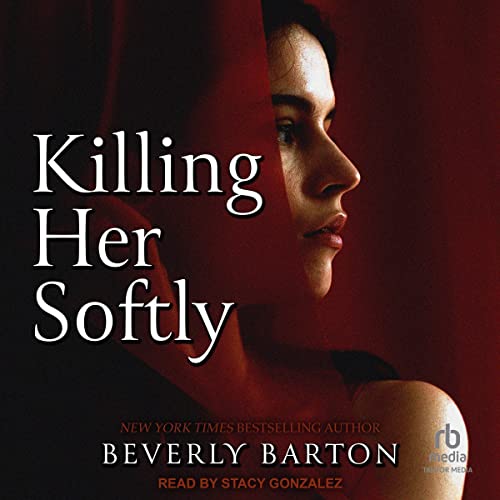 A woman seeks justice for her murdered cousin—but can't resist a seductive suspect—in this romantic thriller by the New York Times bestselling author.

In the courtroom, defense lawyer Quinn Cortez has a reputation as a ruthless predator who always gets what he wants. In the bedroom, it's no different. Quinn is an accomplished seducer with a long list of conquests. But now, someone has brutally slaughtered one of them, and Quinn has no memory of the night he was found in her home . . .

Annabelle Vanderley wants justice for her murdered cousin. If Quinn Cortez swears he can find the true killer, she's willing to give him the benefit of a doubt. But then another body is discovered. Then another. And each victim is an ex-lover of Quinn's. Now, consumed by dread, Annabelle wonders just how close she may be to a twisted psychopath for whom her pain would be the ultimate pleasure . . .

I always love Beverly’s books. That said, the narrator was awful. Half of the time people sounded like valley girls and it was hard to follow story since it was annoying to listen to.

Not my favorite narrator... sometimes the emphasis is really in the wrong place. or imho, just doesn't make sense.

I also get really tired of everyone being referred to by complete first & last names. legit the book could be an hour shorter it it wasn't always Quinn Cortez and Annabel Vanderlay.

I (mostly) enjoyed the ("free") Cherokee Point books... but not sure I'll spend more credits on this series.

Story was great but very difficult to get through as the narration was over the top, exaggerated and dragged out. I wanted to stop listening but I wanted to get through the book as I enjoy this author and her stories. Could only take it in short doses and even then the narration took away from the pleasure of listening to the book since it was completely distracting. If this had been a free read rather than one requiring a Credit, I would have purchased a print version.
Will definitely check who narrates next in series as I won't purchase with this narrator again.

Great story but narration was way over acted to the point it sounded like a parody instead of a thiller.

struggled to get into the story line because the narrator read it in such a valley girl tone of voice. read very quickly and without any range of emotion. love the books can't stand the narrator

Would have liked a different reader but story is great as are all. Thank you. Please keep writing

had a hard time following the narrator. the inflections and pauses were shallow and short, like having someone just read out loud quickly. I finally looked for a print copy just to follow the story.