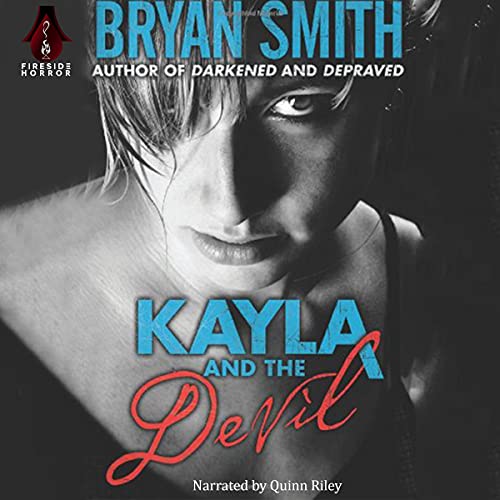 Kayla and the Devil

College student Kayla Monroe seems to have everything. Stunning looks, smarts, and loads of money thanks to her privileged upbringing. But something’s gone wrong. Ever since the start of her sophomore year, people have been avoiding her. Her friends shun her. Guys no longer flock to her. Even her former stalker, an awkward geek, now wants nothing to do with her.

She is on the brink of utter despair when she encounters a young man in the park. The man is charming and movie star handsome. Kayla thinks maybe her luck has taken a turn for the better. But she couldn’t be more wrong. Because this man is the Devil. Capital D definitely intended. The ultimate embodiment of evil. And he has something to tell Kayla.

Kayla hasn’t always been the nicest girl in the world. At times she has been downright mean. She’s grown past that, but now her past has come back to haunt her. Someone wants revenge. Bad enough to engage the services of the devil. But the tables have turned again and the devil now has his own deal to offer Kayla.

He can end her suffering. End the shunning spell. But only at a very high price. And Kayla must decide whether she has it within herself to surrender her soul and commit an act so heinous it will damn her forever.

Acclaimed horror author Bryan Smith turns to the realm of urban fantasy with this novel.

"Kayla and the Devil reads like a collaboration between Richard Laymon, Neil Gaiman, and Charlaine Harris, and is as delightfully bizarre as that mash-up sounds. A wonderful female protagonist. Pitch-black humor. Jack the Ripper. Elizabeth Bathory. Buy it!" (Brian Keene, author of The Rising and Ghoul)

"Right from the very first page Bryan draws you into Kayla's world and never lets up. The pace is unrelenting with enough twists and turns to make your head spin. The ending was fabulous. Not to give anything away, but I am really looking forward to reading about Kayla again." (Famous Monsters Of Filmland)

Wow! As an avid audiobook listener, I have definitely developed an ear for talented narrators with a short list of favorites. The Martian narrated by Wil Wheaton is absolutely at the top of my list but I must say Quinn Reilly is now right up there for me. Her ability to capture not only voices but personality for each character is unparalleled. I look forward to hearing many more by Quinn!