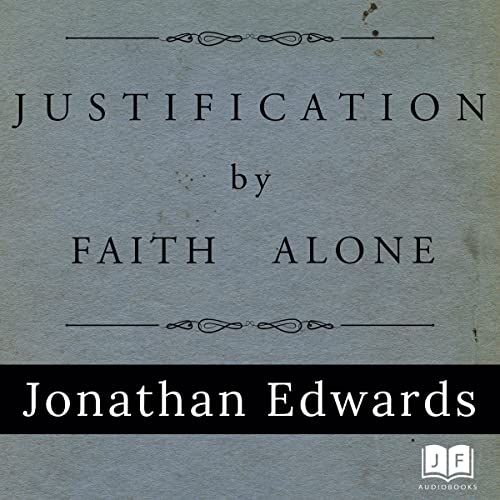 Jonathan Edwards is often referred to as America’s greatest theologian. He lived from 1703-1758, and was used by God in the American Great Awakening. Justification by Faith Alone was a printed discourse based on the sermons he had preached on Justification during the 1730s that led to a great revival among the people in his area. This audiobook is read from Edwards’ original text with only a few minor changes to make it more understandable to the listener.

His main argument was: “That we are justified only by faith in Christ, and not by any manner of virtue or goodness of our own,” and he divided his discourse into five main parts.

“In handling this doctrine, I would,

I. Explain the meaning of it, and show how I would be understood by such an assertion.

II. Proceed to the consideration of the evidence of the truth of it.

III. Show how evangelical obedience is concerned in this affair.

V. Consider the importance of the doctrine.”