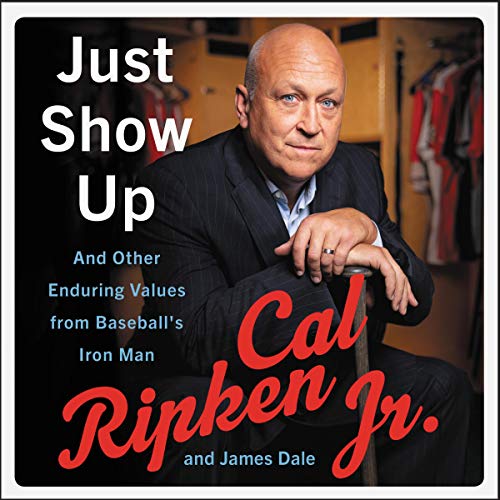 Iron Man Cal Ripken, Jr., the 19-time All-Star, World-Series-winning legend, American League MVP, and record holder who played 2,632 consecutive games, outlines eight rules for the game of baseball and life, drawing from the lessons he has learned on and off the field.

Cal Ripken, Jr., is a baseball legend. But legends aren't born, they're made. For 21 seasons, Ripken took the field day in and day out, through cold, heat, rain, and sometimes snow, playing in more than 3,000 games for the Baltimore Orioles. In 1983, the revered shortstop helped lead his team to victory in the World Series. On September 6, 1995, Ripken did the seemingly impossible: He surpassed Lou Gehrig's unbreakable 56-year-old Iron-Man record, setting a new mark of 2,131 consecutive games, and then played another 501 consecutive games. Throughout his career, Ripken was admired for his consistency, hard work, and loyalty. There were successes and failures, but above all was an old-fashioned sense of doing what's right every single day.

Since retiring in 2001, Ripken has enjoyed a successful career as a baseball analyst, entrepreneur, and author. Now, in Just Show Up, he reflects on his life and career to offer lessons for the next generation and those to come. Ripken speaks eloquently about the timeless values he has lived by: Life is a streak, play the long game; success and money are not the same; play fair, win fair. And he shares stories of his legendary father, Baltimore Oriole coach and manager Cal Ripken, Sr., what it took to keep the streak alive, and what it meant to bring the World Series to Baltimore.

Cal Ripken's message is simple yet poignant; wisdom essential to anyone trying to forge a successful life in times that are often chaotic. Blending insights from sports, business, and a life well-lived, Just Show Up is the story of an American legend and the principles he has lived by, standards our time needs.

Cal is a Giant!

Cal Ripken Jr. took me back to a time when we were taught to work hard, be consistent, and dependable. This was in the day before everyone gets a trophy. To be those three things you have to work hard and sometimes it is not an easy ride. Sometimes we get angry and want to give up. Other times people aren't supportive and we want to give up. What Jr. uses is lessons his father taught him and his understanding that he does not want to be a "Wally Pipp" and get replaced because things get too hard for him. After watching the NFL, NBA, MLB, feed us a constant meal of wife beaters, druggies, murderers, and spoiled unpatriotic tripe...Cal is a breath of fresh air. This is a great book if you just want to remember why you do what you do.

Great book. Cal is the best and does a good job narrating. Lots of inspirational lessons in a concise, fun format. Go O’s!

Growing up a massive Ripken fan and attending 2131 at 14 years old I still to this day enjoy Cal’s perspective on life. He continues to inspire and motivate and I think the world of this guy. After reading “Just Show Up” I’ll be sure to ask a question if I even do bump into Cal someday. Thanks for all the lessons from a 38 year old who will never forget so many portions of my life you helped mold. I just finished this book on the plane back from DC to SC where I surprised my Dad by taking him to the World Series as payback for 2131. Another great baseball memory in the books and I saw on Instagram Cal was even at game four last night!