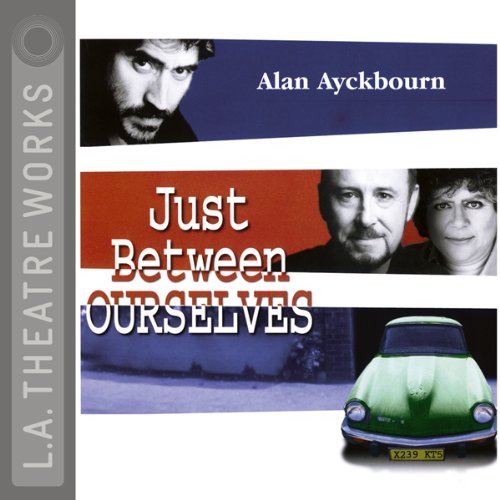 Alan Ayckbourn's occasionally humorous but overall painful play gives us two rather disturbed British suburban couples who meet over the sale of a used car and strike up an uncertain friendship. As time passes, their lives unravel further. Kenneth Danziger, who has the meatiest role as a clueless, relentlessly chipper son and husband, is the best of a strong cast. The acting is the kind that makes one forget that it's acting and that the dialogue - most of it relentlessly quotidian - is not conversation we're overhearing. None of the drama is forced; the emotions, epiphanies, and effects arise out of the words and the characters' interactions. Not a comfortable piece but worthwhile, and done with an excellence subtle enough to make it seem like real life.

It is not the performers fault that this story is such a dog. Alan Ayckbourn may be one of Britain's most successful playwrights, but it doesn't show up here. If you make it through to the end you deserve a medal.

Would you listen to Just Between Ourselves (Dramatized) again? Why?

I would listen it again and again !!! I dont really enjoy comedies but that play was so funny I kept loughing loudly!!!! The most important thing is that is not "Just" funny and if I was more fluent in English writing I could explain more!!!