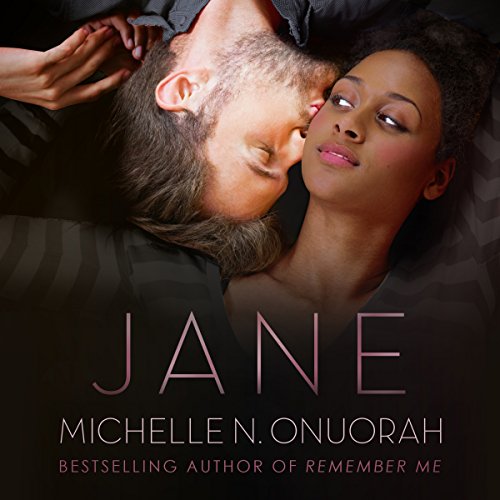 Orphaned. Neglected. Hurt and abused. Jane Daugherty has survived what can only be described as the childhood from hell. After years of mental, physical, and sexual abuse, she has become a fiercely independent young woman - closed off from human connection. Unable to trust people or their ability to be kind, she has vowed to build a new life for herself so that she never has to rely on others again. At 24 years old, she is fulfilling this vow, successfully working as the youngest tenure-track professor at the University of New York.

Jane's life takes an unexpected turn when she is reunited with the childhood friend she protected in foster care. Alexa Masterson introduces Jane to the family that adopted her, a family that includes her older brother, Aiden Masterson. Instantly drawn to each other, Aiden and Jane embark on a relationship that will either destroy them both or shape them into the man and woman they were always meant to be. Can what started as lust transform into love? And what will bring about the transformation that they ultimately need?

Please note there is occasional cursing, mild violence, and unapologetic references to sexuality and spirituality within this work of fiction. Reader discretion is advised.

There is no words to tell how this story is beautiful. Pain ,love, faith, mistrust, hope, everything was in there. I love the sermon. Even if you are not Christian or a believer this book bring you to something bigger. I love it

This book is a great romance that includes relevant real world issues. Given the level of the main characters personal struggles I was pleasantly surprised by how the author resolved them. This book was written well and was a good length. I look forward to reading more books from this author in the future.

I cried, laughed, ached, believed, hoped, I loved this story. Thank you to the author.

This was a great story. I was blessed to have found it. Thanks for incorporating a religious aspect to your romance novel.

I love this book. As a Christian myself I found this book refreshing and I recommend it to everyone:)

The most beautiful book I’ve ever listed (excluding the Bible)

I’m still in chills! What a beautiful and surprising novel! I’m absolutely in tears of how wonderful “Jane” was. Michelle’s story took me to another world that I’ve never have never known but could see glimpses of my own story in every chapter. I don’t want to provide any spoilers, but “Jane” allowed for a renewal of faith and redemption in relationships. I’ll ever be grateful to Michelle for articulating love and challenges so gracefully. Thank you so much for your lovely novel and I look forward to other audible books from Michelle. God bless!

I really enjoyed this one... Jane had me sometimes frustrated, but I understand... I was brought up in foster care and know how hard it is to trust anyone... My reason was somewhat different but i understood... I didn't start trusting anyone until I was taught and learned what I was missing... I was basically turning my head to some people who just wanted to love me... Then it became easy... This book also enlighten me on the spiritual level... I will suggest anyone to read it... I've learned so much and appreciate the way it was written... This book could be a blessing to many as it was to me...

Very good read. The biblical aspects of the book was a nice surprise. The author did a fantastic job of skillfully writing a realistic account of a couple's relationship issues and God's ability to bring them through.

I must say I was brought to tears through out the book especially when Aiden and Jane accepted Christ as their personal Savior! Your book was very uplifting. Thank you.

Not at all what I expected

This book is deep. I loved the interlaced theme of religion and romance. First time reading from Michelle. I will definitely read more books from her. without disclosing more I urge any one who wants to read a book that is close to home to do so. Thank you Michelle for being unapologetically you.