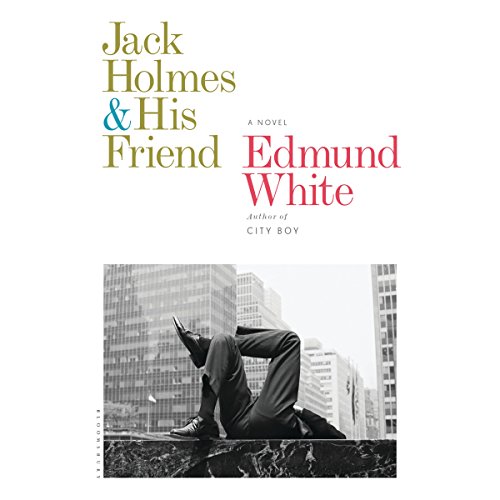 Jack Holmes and His Friend

Many straight men and gay men are best friends, but if the phenomenon is an urban commonplace it has never been treated before as the focus of a major novel.

Jack Holmes is in love, but the man he loves never shares his bed. The other men Jack sleeps with never last long and he dallies with several women. He sees a shrink and practices extreme discretion about his gay adventures since the book begins in the 1960s, before gay liberation, and ends after the advent of AIDS in the 1980s.

Jack's friend, Will Wright, comes from old stock, has aspirations to be a writer, and like Jack works on the Northern Review, a staid cultural quarterly. Will is shy and lonely-and Jack introduces him to the beautiful, brittle young woman he will marry. Over the years Will discovers his sensuality and almost destroys his marriage in doing so. Towards the end of the 1970s Jack's and Will's lives merge as they both become accomplished libertines.

Jack Holmes and his Friend deploys Edmund White's wonderful perceptions of American society to dazzling effect, as character after character is delicately and colorfully rendered and one social milieu after another glows in the listener's mind. He is a connoisseur of the nuances of personality and mood, and here unveils his very human cast in all their radical individuality. New York itself is a principle character with its old society and its bohemians rich and poor, with its sleek European immigrants and its rough-and-tumble transplanted Midwesterners. With narrative daring and a gifted sense of the rueful submerged drama of life, this audiobook is a beautifully sculpted exploration of sexuality and sensibility.

Characters believeable
Narration ruined it for me. Robotic automated turnoff hope it gets remade. retry

Wrong Reader for This Material

Would you ever listen to anything by Edmund White again?

It would have to be free.

What character would you cut from Jack Holmes and His Friend?

This was a distorted caricature of gay life. I could not tell you if the author was being satirical or was truly misinformed. If you want to know accurate information about being gay, ask someone you know in real life. Do not take this oddity as gospel.

Performance not up to writing.

This is a thoughtful and at times beautifully written text. It unfolds at a leisurely pace but a satisfying experience. The performance is unfortunately clipped and flat which works against the sense of the writing and the sensuality of the characters. Very frustrating at times. But despite the performance White's talents shine through.