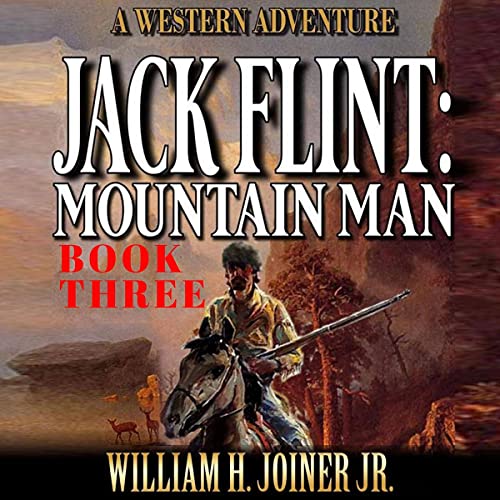 This is the third book in a brand new high-octane Mountain Man series from William H. Joiner, Jr. Are you ready for Jack Flint Mountain Man Western, Book 3?

Jack’s parents were killed in an Apache raid when he was an infant. Jack was raised as an Apache until his village was destroyed by a rival tribe. Jack was prepared to go to war to avenge his Apache kin. An appearance by the Great Spirit convinced him to take another path. Jack went West and met mountain man and trapper Kit Bridger, who became his best friend. Eventually Jack became chief of the Shoshone in the Wind River Mountains in Wyoming.

Jack defended the weak and oppressed. He cared nothing about the white man’s law. All that mattered to Jack was the justice that could only be found in the mountains.