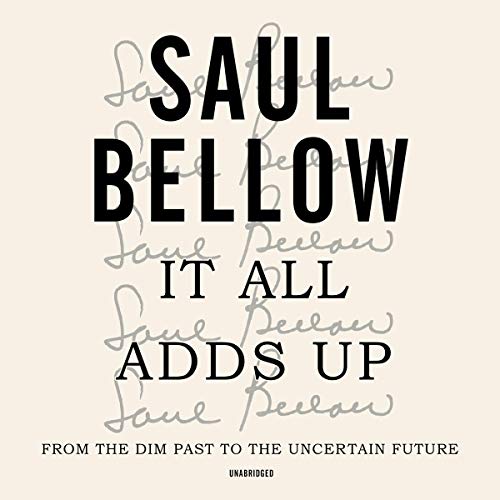 It All Adds Up

In this collection of more than 30 essays, published in the New York Times, Esquire, and the New Republic, the vast range of Saul Bellow’s nonfiction is made abundantly clear. In Bellow’s capable hands, a single essay can range fluidly across topics as various as the talents of President Roosevelt, the economic narrative of Jay Gatsby, and childhood adventures in Chicago. This rich mix of literary, political, and personal musings allows Bellow to explore subjects as enormous as the writer’s search for truth, and as minute as the discomforts of a French doctors’ office. Traveling from Washington to Spain to the Sinai Peninsula, and profiling friends and characters such as John Cheever and John Berryman, Bellow is keenly focused and perceptive. This collection, spanning a lifetime of thought and debate, presents provocative arguments and erudite literary criticism, all with the wry humor of a great storyteller. In It All Adds Up, Bellow turns his view away from the sparkling characters of his novels, and toward the conditions and qualities of his own experience of writing and living.

Ce que les auditeurs disent de It All Adds Up