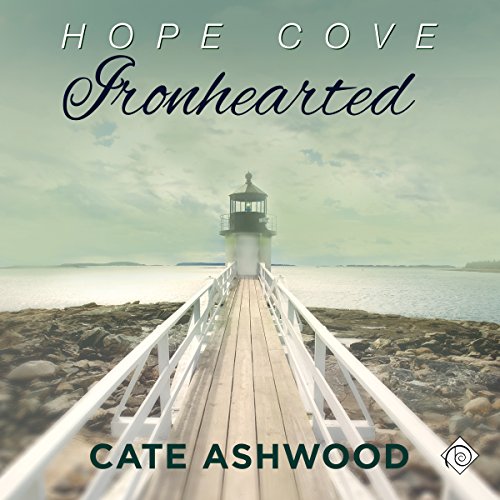 Haydn Prescott stood by and watched his friends fall in love, something he hopes never happens to him. It's too much drama. He just wants a hot guy to roll around with every once in a while. No muss, no fuss. Out for a night of dancing, he meets Trevor Ryan and the two are explosive together. The next morning, Haydn wakes up alone.

Trevor is gone and Haydn thinks he's seen the last of him...until months later when Trevor walks into Haydn's bakery in Hope Cove. Entanglements and complications ooze from Trevor, but Haydn can't ignore him - Trevor won't let him. Haydn always believed he wanted to be free and single forever, but now he's torn: Does he want to be with Trevor, or should he play it safe and stick to what's worked?

What the heck happened to Hayden?

Although I love this series I have to say I was disappointed in this 3rd book. Hayden was one of my favorite characters in the 1st book. He was confident, flamboyant and seemed to believe and want love. In this book he came off as an insecure, immature, sex starved twink who is running from love. And there is much more sex in this than the previous books, which transformed the story from sweet to something else for me. Usually this kind of "afraid to love" storyline comes with some past trauma, but not here. The reasons for his antics seems really weak. Trevor is a great character but a little too perfect, if you know what I mean. He puts up with a lot and still comes back for more. Overall, boring and disappointing; no drama at all. The narrator was the only thing that made this bearable.

John Orr knocks the narration out of the park!

Once again, John Orr knocks the narration out of the park!

This was, by far, my favorite of the series. Seeing snarky, sarcastic Haydn fall in love was worth every fail and flailing moment.

Party boy Haydn's best friends have all gone the way of coupledom and he's determined he won't be lost on that ship. One night stands and hook-ups are more than fine with him because he's seen his share of "crazy in love" and wants NO part of it - thank you very much!

Trevor Ryan is different from all Haydn's other hook-ups when he first gives Haydn the best night of sex he's ever had. Ever. Then when Trevor keeps coming back around for more, it starts to melt that icy reserve of Haydn's. Because even though Haydn is determined that he won't fall into the trappings of a relationship, he finds himself falling in love with both Trevor and his daughter, Violet.

Then, of course, there's some miscommunication...

Yet, even the miscommunication in this installment didn't dampen my enjoyment. I enjoyed the characters and the story, but it was the extremely awesome sexy times and FANTASTIC narration that put me over the edge into loving it.