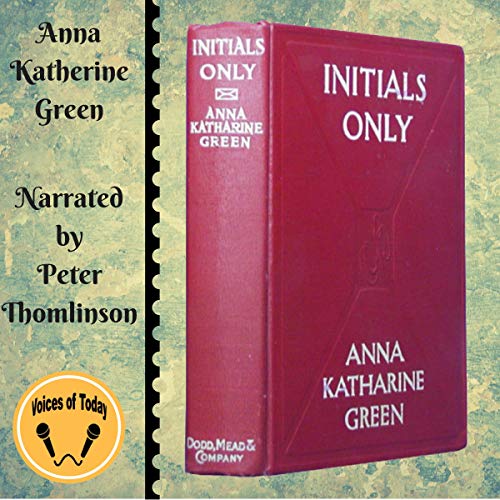 Initials Only by Anna Katherine Green. Narrated by Peter Thomlinson.

The series of detective stories Anna Katherine Green wrote were among the earliest in the 20th century, and depict modern America and the workings of the police departments. These unfold and are full of the details of a new 20th century world.

Initials Only is set in New York, and purveys a certain atmosphere unique to that period. It revolves around the workings of the retired Detective Gryce and his young assistant, Mr Sweetwater. A seemingly unsolvable mystery, the death by apparent suicide of an heiress, is investigated by the two detectives and the New York Coroner.