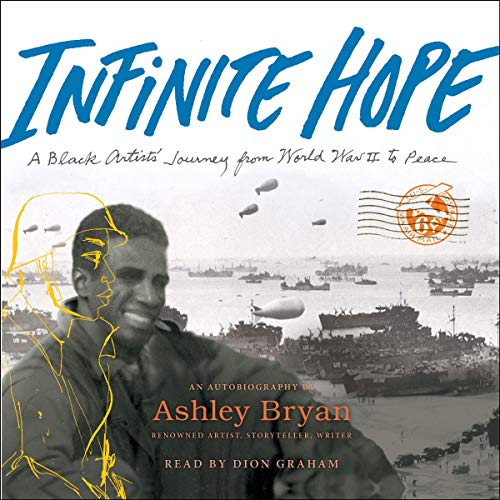 From celebrated author and illustrator Ashley Bryan comes a deeply moving memoir about serving in the segregated army during World War II and how love and the pursuit of art sustained him.

In May of 1942, at the age of 18, Ashley Bryan was drafted to fight in World War II. For the next three years, he would face the horrors of war as a black soldier in a segregated army.

He endured the terrible lies white officers told about the black soldiers to isolate them from anyone who showed kindness - including each other. He received worse treatment than even Nazi POWs. He was assigned the grimmest, most horrific tasks, like burying fallen soldiers...but was told to remove the black soldiers first because the media didn’t want them in their newsreels. And he waited and wanted so desperately to go home, watching every white soldier get safe passage back to the US before black soldiers were even a thought.

For the next 40 years, Ashley would keep his time in the war a secret. But now, he tells his story.

The story of the kind people who supported him.

The story of the bright moments that guided him through the dark.

And the story of his passion for art that would save him time and time again.

This illuminating and moving memoir by Newbery Honor-winning illustrator Ashley Bryan is both a lesson in history and a testament to hope.

I loved this audio book. The story was so vividly expressed and narrated. I felt I was hearing a humbled retrospective of war times not often placed in the ethos along side triumphant war tales. Its a short and sweet offering but packed full of expressive story telling.