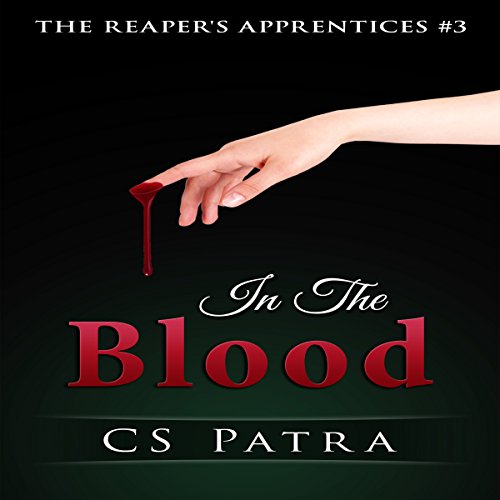 It has been years since the massacre that killed off all the Reaper's Apprentices. Demons and humans are now at war. The only thing that can get them to fix the chaos is if they come together. However, this is going to be a difficult task. Demons and humans do not get along.

So what happens when a demon slayer makes a deal with a demon? That is what happens when the demon slaying group, DS461, finds themselves at the mercy of four demons. Even more, they are okay with making a deal with them. The problem is they don't know what kind of demons they've made their deal with. They don't know just what kind of adventure they are going to put themselves through. Above all, they have no idea just how close they are going to get to their enemies.

Not as gripping as I had anticipated

I thought the writing was weak, distracting from the story.

I think the narrator needs practice in dramatic reading. She was okay but sounded like she was just reading, not acting.

I received this audio book in exchange for an honest review.

Demons and slayers oh my

Good concept. Demons and slayers, humans, secret groups, special weapons. The delivery falls short of expectations though. The "battle" sequences are virtually all dialog and no action. The dialogue brings to mind a made for tv teen movie from the Disney channel. I applaud anyone who can write and publish successfully. There is a good story at the heart and good characters as well. This would work well as a young teen novel or perhaps a radio drama. As an adult it was not for me. I received this audiobook from the author narrator or publisher for free via audiobookblast in exchange for an unbiased review

I received this book for free from the author/narrator for an honest and unbiased review.

This is book 3 in the series, I'm not sure if I missed anything in the first 2 books but this book seemed low key and sometimes childlike for a book about demons and demon hunters, I want to attribute this to the narrator instead of the book itself.
There are 4 female demons who find 4 male demon hunters in need and save them and bring them back to their place. They start to fall for each other and they finally tell the men the truth about the fact they are demons. They agree to help each other for the greater good and put their "differences" aside. I really never got into this book, the narrator was awful. She would be great for a children's book but not for an adult paranormal book. All the voices sounded the same and was very monotone. There was no real distinguishing of voices.
I would not have used a credit for this.
This is my honest opinion of this book.