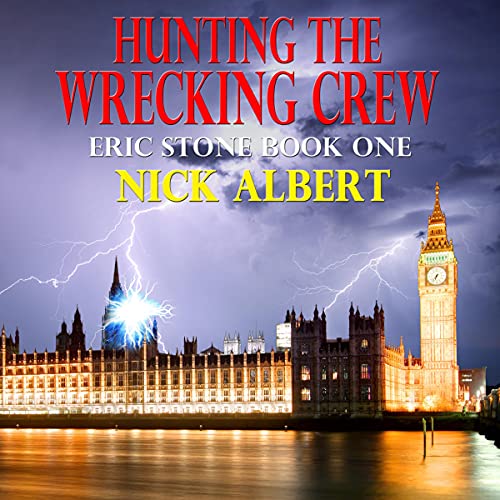 Hidden behind the walls of power, the corrupt and materialistic businesses, and the convenient death of every inconvenient whistle-blower, hides a secret organisation called the Wrecking Crew. For years they have been manipulating businesses and empowering governments. They don’t care what they do or how they do it, as long as the price is right - but this time they have gone too far. Now one man is on a mission to stop them. Eric Stone is trustworthy, easygoing and friendly - he’s your all-around nice guy. His first rule in life was always “Don’t get involved,” but when he discovers the shocking truth behind his friend’s death, he feels compelled to act. Stone is no stranger to risk, but the Wrecking Crew is the most dangerous adversary anyone has ever faced. Soon he and his friends are dragged into a desperate race for survival, where no one can be trusted. Can Eric Stone destroy the Wrecking Crew, or will he become their next victim?

Thiw=s was an excellent book!It was well written with good characters.Very interesting theory. Andy Stevenson was a terrific narrator.I was given this free review copy audiobook at my request and have voluntarily left this review.

Some aspects of this story, mainly regarding one of the major characters, are rather unrealistic, but it's still captivating with just the right abount of action to keep it exciting and suspenseful. And the narration by Andy Stevenson helps with this. His performance is outstanding. However, I don't like the way the story ended. It's confusing, and to me, unnecessary. Other than that, it's great!

Note: I was given this free review copy audiobook at my request and have voluntarily left this review.