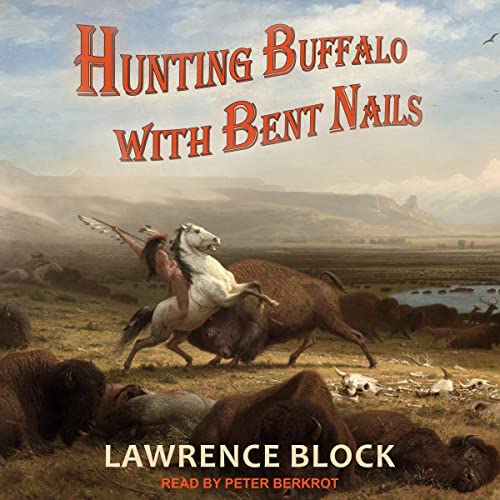 While he is probably best known as a novelist and short-story writer, Lawrence Block has produced a rich trove of nonfiction over the course of a 60-year career.

Over the years, Block has written extensively for magazines and periodicals. Generally Speaking collects his philatelic columns from Linn's Stamp News, while his extensive observations of crime fiction, along with personal glimpses of some of its foremost practitioners, have won wide acclaim in book form as The Crime of Our Lives. Hunting Buffalo with Bent Nails is what he's got left over.

The title piece, originally published in American Heritage, recounts the ongoing adventure Block and his wife undertook, crisscrossing the United States and parts of Canada in their quixotic and exotic quest to find every "village, hamlet, and wide place in the road named Buffalo." Other travel tales share space with a remembrance of his mother, odes to New York, a disquisition on pen names and book tours, and, well, no end of bent nails not worth straightening. Where else will you find "Raymond Chandler and the Brasher Doubloon," an assessment of that compelling writer from a numismatic standpoint? Where else can you hear about Block's collection of old subway cars? Highly recommended.

Great collection of essays opening a glimpse into writing as a craft, and a profession, from the viewpoint of a popular and well published author. Very enjoyable.