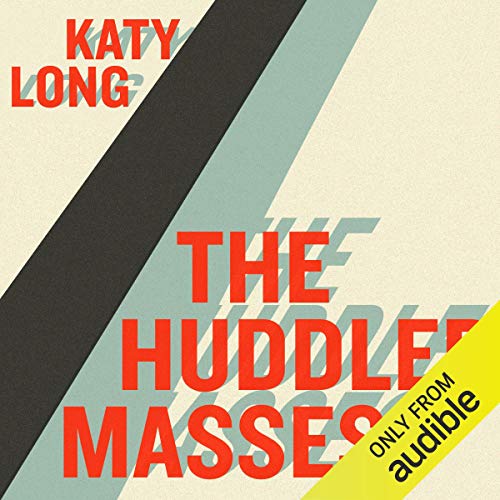 Politicians from all sides compete to convince us they can fix our immigration “problem”, but all the solutions on offer look remarkably similar. Apparently, if we want less inequality at home, we need less immigration from abroad.

But what if this assumption is wrong? What if the drive to restrict migration isn’t reducing poverty here, but creating a migration system that is actually exacerbating local inequality?

In The Huddled Masses, migration researcher Katy Long shows why we need to rethink the relationship between immigration and inequality, and avoid pursuing policies that pit poor immigrants against poor workers at the expense of both groups. Drawing on cutting-edge research, Long offers an incisive analysis of our migration system that shows how our efforts to restrict immigration are actually widening the gap between wealthy corporation and ordinary citizens. She exposes how companies like G4S and Serco profit from a billion-dollar migration industry while locking their own workers into a low-wage, low-skill economy; how stringent minimum income requirements mean half of Britons no longer have the right to marry a foreigner and bring their spouse to live with them in the UK; and how the UK Government - despite being a vocal opponent of EU freedom of movement - has repeatedly refused to assist the EU in efforts to crack down on the exploitation of cheap “posted” migrant labour, citing the need to protect British “competitiveness”.

The Huddled Masses assesses the real contribution that migrants make to the economy, exploding the myth that migrants “take our jobs”. The data presented makes clear that immigration plays a critical role in sustaining the social institutions that offer citizens real protection against widening social and economic inequality. The migration debate is usually presented as a national problem: but as Long makes clear, we need to recognize migration is also a class issue. And this isn’t just about the immigrants: it’s about us too.