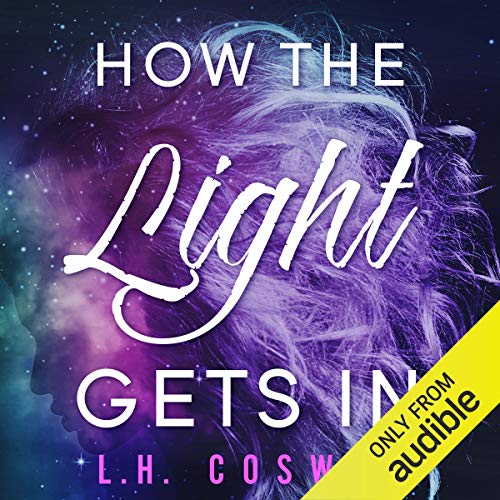 How the Light Gets In

He came back to me 16 minutes and 59 seconds into Beethoven’s Symphony no. 7.

We parted amid tragedy, so it seemed poetic. Dylan O’Dea, my childhood sweetheart, had once meant everything to me. Now we were strangers, and honestly, after 11 years I never thought I’d see him again.

I lived in the world of the average, of getting paid by the hour and budgeting to make ends meet. But Dylan, he lived in the world of wealth and success. He’d achieved the great things I always suspected he would. The dissatisfaction he’d felt as a teenager had obviously been an excellent motivator.

He started a business from scratch, pioneered a brand, and created perfumes adored by women across the globe. I was just one of the people who’d been there before. Now he was living his best life in the after.

And me, well, I’d been in a dark place for a while. Slowly but surely, I was letting the light back in, but there was something missing. I was an unfinished sentence with an ellipsis at the end. And maybe, if I was brave enough to take the chance, Dylan could be my happy ending.

How the Light Gets In is Book two and the concluding installment in L.H. Cosway’s Cracks duet.

Ce que les auditeurs disent de How the Light Gets In

I loved the first book. The second though was disappointing. I thought Evelyn was a lot more mature at 17 than at 29. It would have made more sense to have started the story after 5 years instead of 11. Eleven years is a long time of just existing. I understand grief but it seems besides taking care of her grandmother she did nothing. It just seems implausible.
The entire bunch just seemed really immature. I enjoyed the dialogue but when you put it into perspective of their age it seemed ridiculous. It was also extremely drawn out and frustrating. The entire book she questioned everything and Dylan has to be the most patient man in history. What did she have to question? What was she trying to figure out? She had 11 years! Even when she finally decided to marry him he had to convince her to move in with him? I just wish there was more of a storyline other than Evelyn’s depression and her inability to ever make a decision. I was over it half way through the book and it was difficult to finish. I am honestly confused why Dylan decided to keep pursuing her. I would imagine wallowing for that long would just drain a person and all around them.

This audiobook was given to me for a honest unbiased review. I Loved this book. it was interesting. First book i have read that did not have much of a struggle or conflict. I liked the change with that. Was a great ending to the duet.

Like always LH Cosway writes complex and very human characters. Their lives are hard and their world is very much imperfect.
There’s mysteries that you don’t expect and although the story is sad, it is always hopeful. Beautiful story of love healing hearts.
I also appreciate that there was no redemption of the unredeemable, and there was justice accomplished.

I loved how these two seemed fated, Ev’s selflessness in letting Dylan go and how Dylan was basically all about Ev their entire lives though Dylan always tried to respect Ev’s wishes. Great conclusion to the duet.

This book was painful and I LOVED the first one. How did this have such little depth. It could have been written in a quarter of the length. Couldn’t finish it. Very disappointed after how complex and beautiful the first one was .

the perfect ending to the series.
I would of been so upset if it went any other way.

Absolutely loved it! A beautiful heart grabbing story I could listen to over and over. Truly adored this Irish love story paired with the reader. Sheridan, made this book for me !!! Thank you!!

Such a beautifully heartbreaking story. I loved the characters,, laughed with them, cried for them and fell in love with them. I really enjoyed listening to the Irish lilt in the narrators voice. I wish there would have been a little more variation in voices between characters, otherwise a great job.
I hope to find more books like this. Bravo to the author.

This book was such a good end to this series. The life story came full and circle and was so touching, deep and meaningful. I'm honestly so glad I read this. L.H. Cosway is an amazing author. This whole series was so well written and evoked so many emotions. The characters were so easy to love and the story so enjoyable. It was relatable and realistic while still providing that escape that I wanted. I truly enjoyed Ev and Dylan's story. 10/10 recommend.

loved it! Would read another. Definitely recommend this series. I love when a story comes full circle.