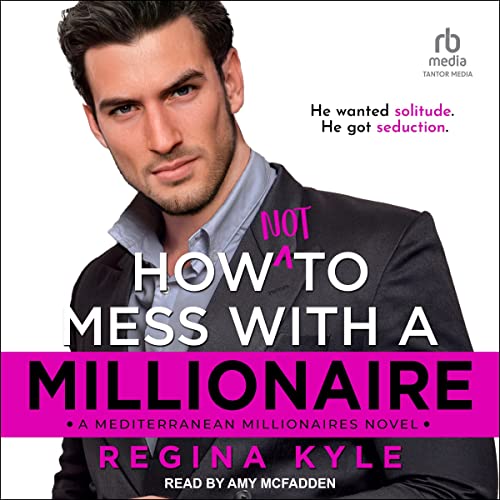 How Not to Mess with a Millionaire

Interior decorator Zoe Ryan's life resembles a bad country song. Her boyfriend dumped her, her car died, and she was recently handed a pink slip. What's a girl to do? Leave everything behind for a bit...in Positano, Italy. And when she gets there, she finds a surprising extra-millionaire restaurateur Dante Sabbatini in the kitchen. In his underwear. Making coffee. It's suddenly not only hot outside, but exactly what is he doing inside, in her temporary kitchen?

Dante's plan was to escape to his family's beach house for some quiet and privacy. What he didn't know was that his meddling, matchmaking nonna rented the entire house to a sexy stranger at the exact same time as his stay. It took him months to clear his schedule—there's no way he's leaving now.

With both refusing to leave, Zoe and Dante agree to be temporary roomies, but secretly aim to try to drive the other out. He plays his music as loud as he wants and will wear as little clothing as possible, and she'll just go ahead and adopt that pig she fell in love with in town. But suddenly their game of one-upmanship takes a very sexy detour, and they can't believe what happens next.