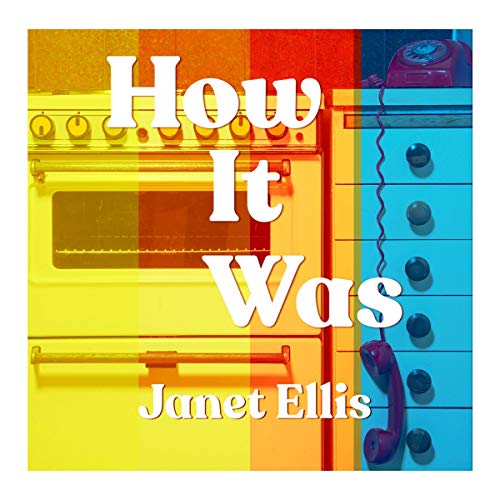 A new, darkly compelling novel from Janet Ellis, author of the highly-acclaimed The Butcher's Hook.

In a 1970s village in rural Kent, lives go on in an unremarkable way. But Marion Deacon, struggling with being a wife and mother, is about to set events in motion that she cannot control in a story of love, motherhood, betrayal, and long-hidden secrets...because everyone has at least one secret.

Marion Deacon sits by the hospital bed of her dying husband, Michael. Outwardly she is, as she says, an unremarkable old woman. She has long concealed her history - and her feelings - from the casual observer. And she's learned to ignore her own past, too.

But as she sits by Michael's bed, she's haunted by memories of events from almost 40 years ago. She and Michael were recently married; their children, Eddie and Sarah, still young. Theirs was an uneventful life in a small village. But, stiflingly bored in role as mother and wife, Marion fell for a married man, an affair that sparked a chain of events which re-sets all their lives.

Moving between the voices of Marion, her teenage daughter Sarah and her youngest son, Eddie, How It Was is a story of love, loss and betrayal. Through Marion and Sarah, Janet Ellis explores the tensions at the heart of mother-daughter relationships, the pressure women face to be the perfect wife and mother, and how life rarely turns out the way we imagine it will when we are young.

"Janet Ellis writes with tenderness and wisdom...I veered between laughter and a lump in the throat, often on the same page. This book will sneak up behind you and break your heart." (Erin Kelly, author of He Said/She Said)