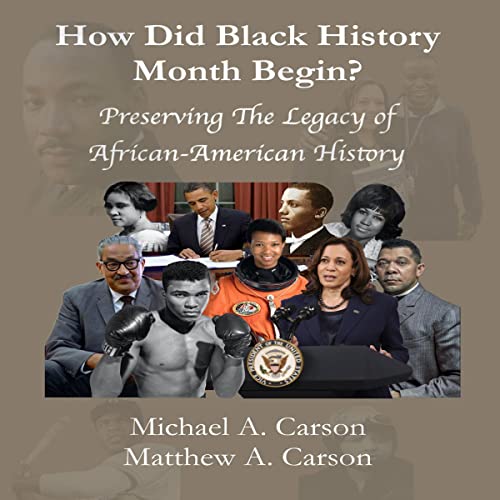 How Did Black History Month Begin?

The month of February has marked the celebration of Black History Month for more than half a century, an annual observance that recognizes and highlights the achievements and countless contributions of African Americans.

The yearly commemoration might not exist today if it were not for educator and historian Dr. Carter G. Woodson, who devoted most of his life to shining a light on the accomplishments of African Americans throughout history. Known as the Father of Black History, Woodson was motivated by contemporary historians who had tendencies to conceal historical contributions made by African Americans from the history books.

Throughout Reconstruction until the early 20th century, many historians had a narrow scope in their historical narrative and their perspective was very limited on African American contributions to society.

Woodson was fueled with a deep desire and determination to prove his predecessors wrong. He embarked on an educational journey to make the history of African Americans both visible and appreciated.

As a student of history, he was inspired by the stories he read over the years involving African Americans who invented and accomplished things even while suffering extreme oppression. He published more than 20 books emphasizing the importance and power of the African American story.

Woodson was a true visionary. He did not let the obstacles and persecution he faced in his life stop him from becoming an esteemed groundbreaking writer and historian.

In 1926, he established an annual celebration known as Negro History Week, a commemoration during the second week of February to coincide with and pay homage to the birthdays of President Abraham Lincoln and Frederick Douglass. He credited the two with bringing an end to slavery in America.