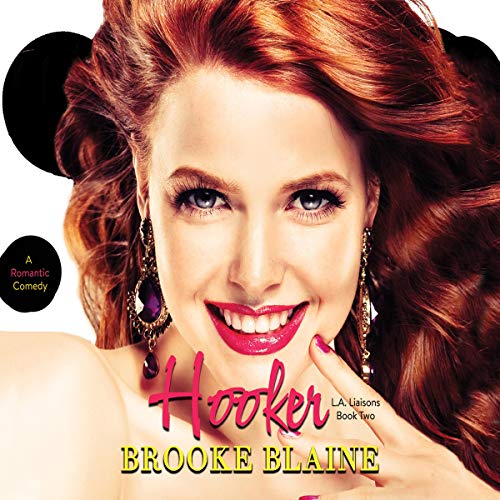 Whoever said singles were missing out by not finding true love and getting married before the age of 30 had never experienced the sheer pleasure of nightly romantic comedy viewings in their underwear while eating one of Licked's famous Crazy Cat Lady sundaes. Because life just doesn't get better than that.

At least, it doesn't for Shayne Callahan. It didn't take more than a handful of broken hearts after college to solidify that she was better at pairing up those around her than herself. As a matchmaker at the elite HLS - Hook, Line, & Sinker Matchmaking Company - in the City of Angels, she has a knack for finding the other halves of even the most eccentric clients:

Sugar daddy with a foot fetish? Gross, but no problem. A severe case of nudophobia? Match made before lunch.

But even the most happily independent of women can find their best-laid plans screeching to a halt when they meet that guy. For Shayne, that guy comes in the form of boyishly handsome, suspender-lovin', dimple-poppin' Nate Ryan on a pantsless (we'll get to that later) Metro ride.

Of course, relationships can never be easy. Before the destined lovers can ride off into the sunset, they must overcome a power-hungry and sexual-punning boss, a celebrity scandal and cover-up, and let's not forget Shayne's dreadful foot-in-mouth disease - with which there can never be a happily ever after.

I am a huge fan of both Brooke Blaine and Ella Frank, so anything either one of them does I will listen to. I read this series of Brooke's a few years ago, but now I am listening to it. Luci Christian is extremely entertaining as the voices of Ryleigh, Shayne and Paige. She does a very good job on the men's voices which is usually one of my complaints. She reads it like she loves the characters. I love the inflection in her voice during the whole book, plus the storyline is fabulous! Well done, again!