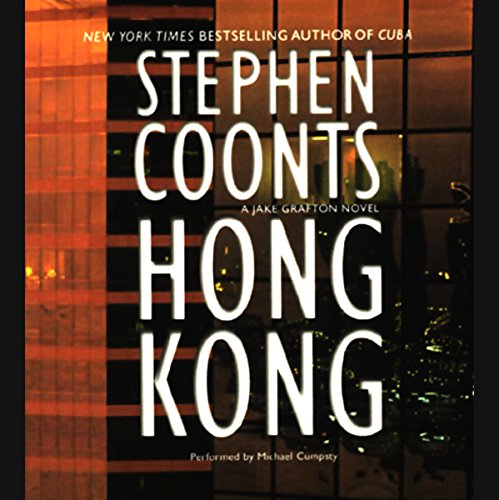 Admiral Jake Grafton takes his wife, Callie, along when the U.S. government sends him to Hong Kong to find out how deeply the American consul-general is embedded in a political money-raising scandal. And why not? Jake and Callie met and fell in love in Hong Kong during the Vietnam War, and the consul-general is a friend from those days.

The Graftons quickly discover, however, that Hong Kong is a powder keg ready to explode. A political murder and the closure of a foreign bank by the communist government are the sparks that light the fuse.

When Callie is kidnapped by a rebel faction, Jake finds himself drawn into the vortex of a high-tech civil war. To save his wife, he must figure out whom he can trust, both among the Western factions vying for control of the volatile situation, and among the Chinese patriots fighting for their nation's future, and make sure the right side wins.

Hard to judge quality of book due to poor narrator

I should have listened to the preview. The narrator was TERRIBLE! I could have narrated the book better myself. It is like he just picked up the book an started reading. His chinese accents were absolutely cartoonish. I really could not tell you if the plot or storyline were good as it was painful to listen to the book.