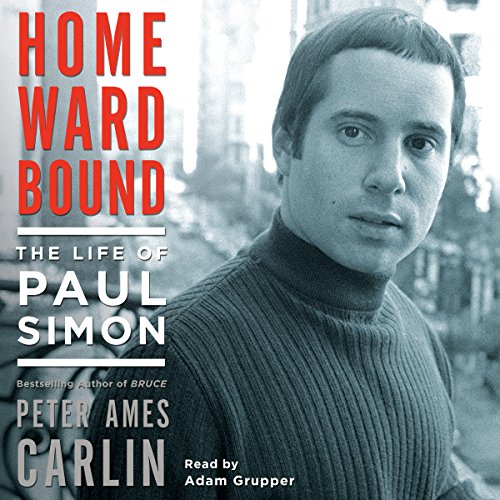 To have been alive during the last 60 years is to have lived with the music of Paul Simon. The boy from Queens scored his first hit record in 1957, just months after Elvis Presley ignited the rock era. As the songwriting half of Simon & Garfunkel, his work helped define the youth movement of the '60s. On his own in the '70s, Simon made radio-dominating hits. He kicked off the '80s by reuniting with Garfunkel to perform for half a million New Yorkers in Central Park. Five years later Simon's album Graceland sold millions and spurred an international political controversy. And it doesn't stop there.

The grandchild of Jewish immigrants from Hungary, the nearly 75-year-old singer-songwriter has not only sold more than 100 million records, won 15 Grammy Awards, and been installed into the Rock 'n' Roll Hall of Fame twice, but he has also animated the meaning - and flexibility - of personal and cultural identity in a rapidly shrinking world.

Simon has also lived one of the most vibrant lives of modern times, making for an audiobook replete with tales of Carrie Fisher, Leonard Bernstein, Bob Dylan, Woody Allen, Shelley Duvall, Nelson Mandela, the Grateful Dead, drugs, depression, marriage, divorce, and more. A life story with the scope and power of an epic novel, Carlin's Homeward Bound is the first major biography of one of the most influential popular artists in American history.

If you love Paul Simon, you won't be disappointed

This is a complete biography of Simon's artistic work. At times triumphant, at others heartbreaking. The author doesn't shy away from Simon's weaknesses, either. This book will be greatly appreciated by his fans.

Although an admirer of Simon's work for decades, I knew very little about him away from the microphone. Carlin's book is excellent and seems to be well researched. As a biography, it seems as good as most. It's not a gooey love story written by an adoring fan, but an open and honest portrayal of a man who of necessity is rarely open and honest. Catkin speaks music well when describing songs. As a music biography, it is better than most. Grupper's narration is superb. The only disappointment is no mention of Simon's appearance on The Rutles: All You Need Is Cash.

While I don't regret listening to it, I did not find the story to be so engaging that I could not stop listening. It's okay. Middle of the road.

Having gone into this book, thinking that I know everything there is to know about Paul Simon, I am so, so glad that I got this. Especially given the recent announcement of his retirement, this book brings home new meaning to the lyrics and poetry that make his music so beautifully enchanting. If only for the biographical background, this book is worth its weight in gold.
But the benefits of this book do not stop there. No! The story that it weaves details the life of a human - not a God. A human with flaws, powers, weaknesses and strengths. All of which provide new meaning to all of the endeavors taken on by Mr. Simon throughout his decades-long musical career. I had always assumed that in writing these songs he was receiving some cathartic benefit. "Was it the same relief that I got when hearing these songs for the very first time?", I always wondered. But now I know.
I know of the struggles, both mental and worldly, that inspired the creation of some of his most iconic songs. My eyes have been opened to new music, unknown by me, written by Mr. Simon, but performed and published under one of the numerous aliases he chose to use on his way to becoming his musical self.
I'm so very grateful to have seen his last tour, and now also for this perfectly titled book, "Homeward Bound".

I am only half way through this book, and I am unsure about finishing it. To say Simon and Garfunkel were a seminal part of my development would be understating the truth. This book reveals the clay feet of Paul. I did expect it. I didn't expect it to be this bad. He is revealed to be essentially unkind, self absorbed, arrogant, and self aggrandizing. A poor friend, a money grubbing, jealous, and small human, (not his body, but his soul), despite all the genius. If you have any illusions left after reading it, you are a much stronger, perhaps more sophisticated person than am I. The writer seems to give us a thorough description of recording the facts of Mr. Simon's life, and giving that life context in time. I am old, and remember well what was happening. He tells it having obviously studied it thoroughly, with intelligence, which does not always happen in relating that time in America. His words are well chosen, erudite without condescension or obfuscation. I adore writers like this. The narrator does a good job, varying tone and pace, well modulated, evocative. We'll see if I survive listening much longer.

Author early not a fan of Paul Simon which spoils

Clearly the author is not a fan of Paul Simon, which is not helped by the readers ironic tone. One ends up with the feeling that this was not the best way to get to know the man behind the art.

Loved this Paul Simon bio. Such wonderful detail, and very in depth. Especially enjoyed the examination of Simons' personal life and how they shaped his body of work.

I learned a lot about Paul Simon in this book. I have enjoyed listening to his music for almost 40 years. The one thing about the book that troubled me was the author's ambivalence to his subject. In some places he seems even-handed and in other places it seems he has an agenda. It's a good biography but the author's bias keeps it from being a great book.

Warts and Flaws of Simon but Talent Shines Through

I listened to the whole book, which hasn't happened with most audiobooks.

Informative, with details I hadn't come across before.