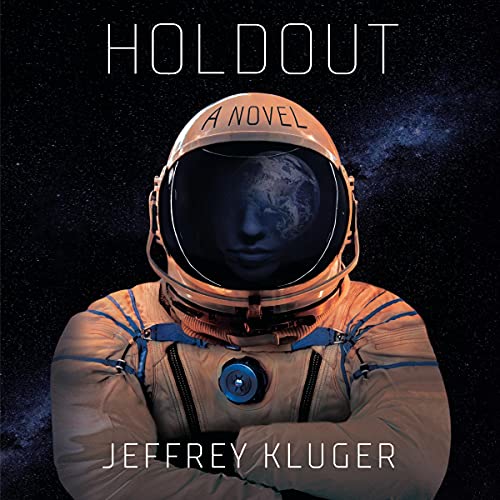 When evil forces are going unchecked on Earth, a principled astronaut makes a spilt-second decision to try to seek justice in the only place she knows how - the International Space Station.

Walli Beckwith is a model astronaut. She graduated at the top of her class from the Naval Academy, had a successful career flying fighter jets, and has spent more than 300 days in space. So when she refuses to leave her post aboard the International Space Station following an accident that forces her fellow astronauts to evacuate, her American and Russian colleagues are mystified. For Walli, the matter at hand feels all too clear and terrifying for her to be worried about ruining her career. She is stuck in a race against time to save a part of the world that seems to have been forgotten, and also the life of the person she loves the most. She will go to any length necessary, using the only tool she has, to accomplish what she knows is right.

"[An] action-packed thriller of a novel." (Time, "11 New Books You Should Read in August")

"Mr. Kluger knows all about the tech, having written books about Apollo 8, Apollo 13 and the whole space program, but it’s his constant switching from Earth to orbit, from Houston to Moscow, from rainforest to Washington, D.C., that keeps the pot boiling. This is near-future sci-fi in the age of social media." (The Wall Street Journal)

"Holdout will keep you hanging on right up until the final pages as Kluger deftly manages to keep the high-octane thrills and the threat to the burning rainforest going all the way through to the dramatic finale." (Book Reporter)

So, just spend a credit and hunker
down with this great listen. The narrator is tremendous- I caught
myself following along like this story
was breaking right now :-)

Took a chance glad I did

Given the paucity of reviews for this book I was not sure if I should purchase it. I found it to be thoroughly enjoyable. The author clearly knows the ins and outs of realistic space travel. The kind the the NASA and Russia have been doing since the 1960’s. It is not the fictional space travel of many fine sci fi books. But, when put into a story with interesting characters it makes for a good read.

Good story, for the most part, though a little unrealistic. The science is fascinating. Most interesting to me was the performance by the author. I've become accustomed to performances from professionals who, at minimum, approximate different voices of the characters. This reader reminded me of the way reading aloud used to be, the way I was read to by my parents and the way I read to my kids -- just read the words with inflection, but no actual performance. It was a little hard to get used to at first but I eventually settled into it, and kind of liked it. The reading was perfectly understandable and pleasant.