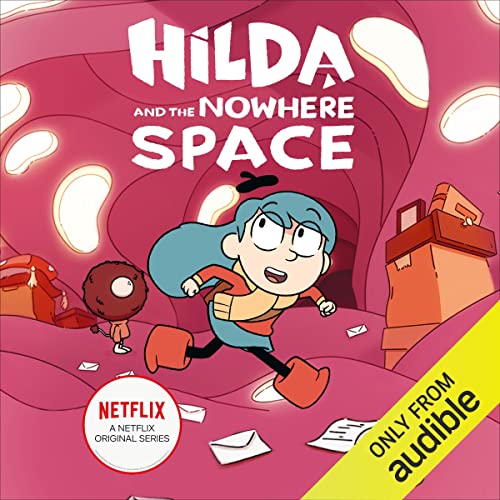 Hilda and the Nowhere Space

Meet Hilda: explorer, adventurer, avid sketchbook-keeper, friend to almost every creature in the valley, and star of her very own Netflix show.

In her third audio outing, Hilda has been newly initiated into the Sparrow Scouts and now she's ready to earn some badges, and perhaps even make some human friends. Yet a dark, menacing creature is threatening Trolberg, and only our blue-haired heroine can get to the bottom of what it wants. Find out all about it in this action-packed, immersive multi-voice 3D audio adventure.

Kaisa Hammarlund as Marra and Librarian

Another fabulous installment in the Hilda series. Great story and amazing performance. Super fun to listen to.