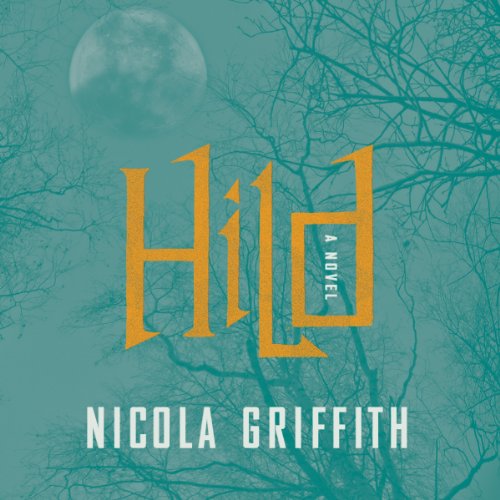 A brilliant, lush, sweeping historical novel about the rise of the most powerful woman of the Middle Ages: Hild. In seventh-century Britain, small kingdoms are merging, frequently and violently. A new religion is coming ashore; the old gods are struggling, their priests worrying. Hild is the king's youngest niece, and she has a glimmering mind and a natural, noble authority. She will become a fascinating woman and one of the pivotal figures of the Middle Ages: Saint Hilda of Whitby. But now she has only the powerful curiosity of a bright child, a will of adamant, and a way of seeing the world - of studying nature, of matching cause with effect, of observing her surroundings closely and predicting what will happen next - that can seem uncanny, even supernatural, to those around her.

Her uncle, Edwin of Northumbria, plots to become over-king of the Angles, ruthlessly using every tool at his disposal: blood, bribery, belief. Hild establishes a place for herself at his side as the king's seer. And she is indispensable-unless she should ever lead the king astray. The stakes are life and death: for Hild, for her family, for her loved ones, and for the increasing numbers who seek the protection of the strange girl who can read the world and see the future. Hild is a young woman at the heart of the violence, subtlety, and mysticism of the early Middle Ages - all of it brilliantly and accurately evoked by Nicola Griffith's luminous prose. Working from what little historical record is extant, Griffith has brought a beautiful, brutal world to vivid, absorbing life.

Where does Hild rank among all the audiobooks you’ve listened to so far?

What other book might you compare Hild to and why?

It's been described as "Game of Thrones without the dragons" and that's fairly accurate. But the writing is just beautiful, and the women are richly realized.

What does Pearl Hewitt bring to the story that you wouldn’t experience if you just read the book?

She's got a gorgeous voice, and does a great job with choosing various contemporary UK or Ireland accents for the characters. I particularly enjoyed her performance of the narrator's ditzy friend Begu. She also reads like she admires and enjoys the prose, which is indeed worthy of it.

There's no supernatural elements in this book, just people who believe in the supernatural (Christ included), so if you're expecting a fantasy book, bear that in mind. Also, there's a lot of dynastic politics and geopolitical maneuvering, which can sometimes be hard to follow in audio format as one tries to keep track of names and places. Griffith's website has lots of resources, including maps and a family tree. The book felt real and vivid, totally immersing me in its world. What a place to visit!

Not the Best Audio Book

If you could sum up Hild in three words, what would they be?

Insight into how a "see-er" unraveled the patterns of the times.

Because of all the unfamiliar names, places and terminology, Hild was not the best candidate for an audio book. I wanted to see a reference map for 7th century Great Britain so I could understand where the various kingdoms were. I needed a glossary for all the unusual terms, and a genealogy chart would have been helpful, too. I wanted to page back to look at names, and couldn't do it. The story was lovely, engaging, well written and well read - but I think I would have enjoyed an e-book or hard cover edition of Hild much more than an audio rendition.

Get the Kindle version too.

This factionalized biography of a 7th century Anglo-Saxon girl who eventually became one of the most powerful and influential women in early Christian England, Hilda of Whitby, is difficult reading without the map, glossary and pronunciation guide in the Kindle version. Together, the book was wonderful. The author captures the natural world as well as the customs and material culture of that remote time. Highly recommended and worth the time.

What would have made Hild better?

There is no hope

I usually love historical fiction but this book knocked me out faster than a sleeping pill.

Brings WHAT to life?

I spent much of my working life teaching Anglo-Saxon literature and history, and I was really looking forward to this novel. However, as many have mentioned, there's too much detail that hampers the story line. Even with my background, I had difficulty following, and I know those details that are factual--but many are fictional. Of course, we have little concrete data from the period, so much would need to be invented. Better editorial counsel might have helped the author select those details that were essential to the story line so that the plethora of trivia could be dispensed with. I can't imagine how (or why) a reader unfamiliar with the period would slog through all of this. Perhaps the novel is easier going if it is read rather than heard, but I doubt I would ante up for it, even at Kindle rates. Perhaps on Kindle Unlimited.

I want to like this book, I am ready to like it--in fact, I'm sure I still will--I just need to get a physical copy and read it. I don't think it works for Audible.

I have tried to listen to this book 3 or 4 times and haven't been able to get into it, simply because I can't understand half of what the performer reading the book is saying. The pronunciations are already complicated, and then you add to that she is doing (5 or 6) accents combined with a million characters coming and going, and I just found the whole thing darn near incomprehensible.

Quite possibly the most boring book ever

Endless lists of towns and names with small crumbs of interactions.... I simply couldn’t take it any more and quit 3/4 into the book. Life is too short and millions of books to choose from.

Too many characters for this listening option

I think the story may be an interesting one but with so many characters, it was just too hard to keep track of everyone.

This book is a very ornate and intimate exploration of the daily live of an Anglo Saxon princess. It is very well researched and is full of finely rendered details. It contains lots of intrigue from a female perspective. The main character, Hild is complex and surprising, often straddling the worlds of men and women of their time, and fighting for autonomy in the age of burgeoning Christianity.
While there is excitement: harrowing battles, titilating romance; the story is not what I would call a thrilling adventure. This book is more of a slow burn. I have to admit that I got lost in all of the names of individuals, cities, kingdoms, and peoples, which are listed frequently. Also, if you aren't paying attention, you can easily miss the passage of time or the transition between scenes.
Over all, the book is like getting lost in a finely woven tapestry. Beautiful, rich with detail, episodic, but maybe a little monotonous. Pearl Hewitt's performance is masterfully done with distinct characters, and her voice is so charming that you always want to hear more.

Excellent book in all formats!

Where does Hild rank among all the audiobooks you’ve listened to so far?

The details were fascinating, and as dense as it was at times, every detail furthered the story.

Which character – as performed by Pearl Hewitt – was your favorite?