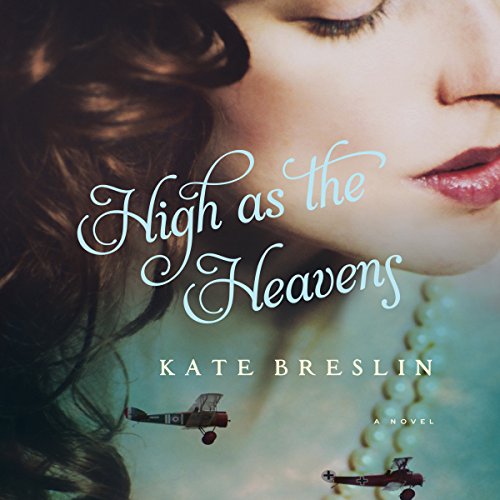 High as the Heavens

A British nurse in WWI German-occupied Brussels, Evelyn Marche spends her days at the hospital and her nights working at a café...or so it seems. Eve's most carefully guarded secret is that she also spends her nights carrying out dangerous missions as a spy for a Belgian resistance group.

When a plane crashes as she's en route to a rendezvous, Eve is the first to reach the downed plane and is shocked to recognize the badly injured pilot as British RFC Captain Simon Forrester. She risks her life to conceal him from the Germans, but as the secrets between them grow and the danger mounts, can they still hope to make it out of Belgium alive?

I learned a lot about ww1

A pretty good book but not nearly as good as her first book "for such a time as this ". This was a clean story without gratuitous sex and profanity and how eve got her faith back

This was a wonderfully complex story with many interesting historical facets and a good depth of characters. I enjoyed it very much.

Disappointingly, this narrator was way underskilled for the rich variety of characters. The historically accurate account included people from several parts of the world, and this narrator could not do the accents the characters should possess, and she mispronounced some of the French words. Not performing the accents made it difficult to keep the story straight and decipher who was German, who was Belgian, Scottish, and British, etc, and detracts from the richness of the story. The narrator was only fair to good at acting the parts.

The things that enabled me to finish the book were that the story was very interesting and entertaining, and the narrator had pleasing tone and good character voices.

It was a good story but had trouble listening because the narration was terrible. It was so irritating that I had trouble finishing.

High as the Heavens

A spellbinding tale of romance and intrigue set against the backdrop of WWI. Kate, a classmate, is truly a gifted author.