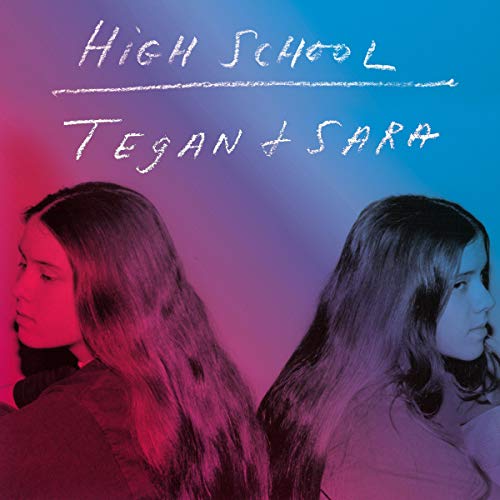 This program is read by the authors and features bonus interviews and rough recordings of Tegan and Sara's first songs, recorded on cassette tapes in the late '90s, and rediscovered 20 years later while writing High School.

From iconic musicians Tegan and Sara comes a nostalgic memoir about high school, detailing their first loves and first songs in a compelling look back at their origin story.

High School is the revelatory and unique coming-of-age story of Sara and Tegan Quin, identical twins from Calgary, Alberta, growing up in the height of grunge and rave culture in the '90s, well before they became the celebrated musicians and global LGBTQ icons we know today.

While grappling with their identity and sexuality, often alone, they also faced academic meltdown, their parents' divorce and the looming pressure of what might come after high school. Written in alternating chapters from both Tegan's point of view and Sara's, the book is a raw account of the drugs, alcohol, love, music and friendship they explored in their formative years.

A transcendent story of first loves and first songs, it captures the tangle of discordant and parallel memories of two sisters who grew up in distinct ways even as they lived just down the hall from one another. This is the origin story of Tegan and Sara.

Listening to Tegan and Sara tell their story was incredible! Thank you for sharing your experiences with us.

Once you have the artistry in you, you can transfer it to any kind of media. At least Tegan and Sara can! The writting itself is phenomenal, narration sounds so personal and gives the story so much colour. Including the early demos of the songs they've written about in a book and later rerecorded for HIJLY album is a wonderful touch. It completes the experience of raw teenage emotions, that were as valid then as they are now.