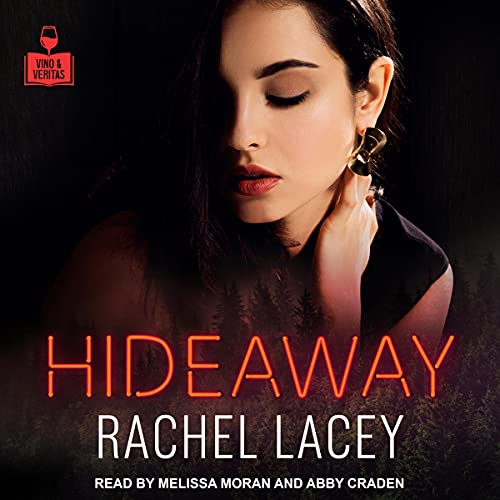 After becoming an inadvertent viral sensation - and losing her job and her girlfriend as a result - Phoebe Shaw retreats to Vermont. Renovating her late grandmother's cabin into a vacation rental seems like the perfect way to lie low for a while. But the last person she expects to encounter on the property is the woman whose kiss was her teenage sexual awakening...and whom she's never quite forgotten.

Taylor Donovan has been hiking on the trails behind the Shaw family's cabin her whole life. As children, Taylor and Phoebe were best friends before sharing a secret summer romance when they were 16, which left Taylor brokenhearted when Phoebe fled at the end of the summer. Now the property has become Taylor's home away from home, and she wants nothing more than to convince the Shaws to sell it to her. But Phoebe's return puts a crimp in those plans - and brings back old feelings she thought she'd overcome.

Of all the things Phoebe regrets, leaving Taylor is at the top of the list, but Taylor is determined to protect her heart. Yet the pull between them is stronger than ever. This time around, will love stay hidden...or finally see the light of day?

Couldn’t put it down

One of the best books I listen to lately. Loved the story, wonderful characters, loved the dogs. And narration was excellent

I definitely enjoyed this audiobook. I was walking around my house with headphones like a woman obsessed just to finish the book tonight. I knew I wouldn't be able to sleep if I didn't get a happy ending with Taylor and Phoebe. I loved how they had feelings for each other when they saw each other during summers when they were younger and now that they're basically 30 and both single... and mix in a dog shelter and a pregnant dog that'll change their lives. I love Abby Craden. Not sure why anyone thought this book needed 2 narrators. Abby Craden makes characters sound very appealing and sexy. I love her voice for Taylor. OMG! Overall, I loved it!

Phoebe goes to hideout at her grandmother’s cabin in Vermont after losing her job and her girlfriend. She almost immediately bumps into the ex-girlfriend she left behind when she was 16-years old. This is a fairly low-angst second chance romance with lots of dogs & puppies in the mix. The two narrators are perfect together.

I love the narrators so much. The story was fine, with the ending was better

Hideaway was a sweet second chance romance! The heroine’s are very different, but their personalities work really well together! Phoebe and Taylor were best friends growing up and sweethearts for a summer when they were 16; however, Phoebe was too afraid to come out of the closet and ran away at the end of the summer without saying anything. It took her 5 more years until she finally came out. Taylor knew she loved Phoebe when she was 16, so it broke her heart when she left and never contacted her again! But now Phoebe is back, and wants to be friends again. Can Taylor let her back in, even just as friends...? Can they be friends? Read it and find out!! It’s super sweet!! I could hardly put it down! The narration was perfect!! I loved this story!

Trying to have it all

Phoebe gets a second chance with her first love but is torn between country and city living. Taylor has been waiting to buy the cabin owned by Phoebe’s family forever. As the two women get reacquainted they realize they still have feelings for each other. Both women have fears that they will have to overcome. I love all the dogs in the story. Having two great voices narrating the story is nice. You really get the feeling that your listening to both points of view in this story.

This was my first book by Rachel and I really enjoyed it. The story was sweet with little angst. Taylor and Phoebe were both likable characters and I loved all the puppies in the story. I had a smile on my face the whole time listening to this book. The narration from Melissa and Abby was great! Overall I really enjoyed this book and can’t wait to check out more by the author and narrators.

Sometimes you just want to know a little more at the end…otherwise a cute love story between a woman and puppies and also with her lost love.

The book was very entertaining and I enjoyed the two narrators working together. I enjoyed this author as it was my first time purchasing one of audible books.