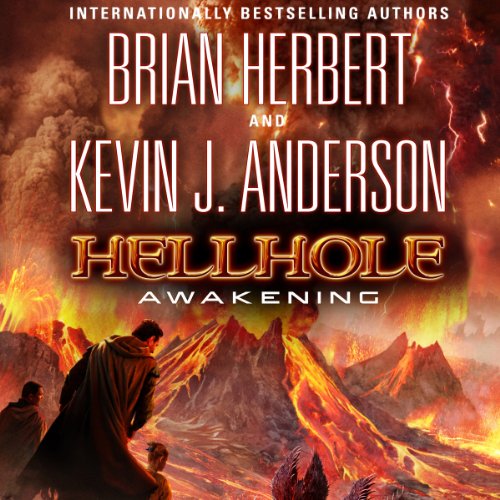 After declaring his independence from the corrupt Constellation, rebel General Adolphus knows the crackdown is coming. Now he needs to pull together the struggling Hellhole colony, the ever-expanding shadow-Xayan settlement, and his connections with the other Deep Zone worlds. Even then, he doubts his desperate measures will be enough. Diadem Michella Duchenet has collected a huge space fleet led by Commodore Escobar Hallholme, son of the hero who originally defeated Adolphus. They expect resistance from the General's rebels, but who could possibly stand up to such a mighty fleet?

Adolphus knows he’s running out of time, but he still has some hope - the shadow-Xayans have banded together to defend their sacred planet with "telemancy", but can they discover new powers to protect all the stored alien lives on the already devastated world?

And when all hope seems lost, the awakened Xayans reveal information hidden even from their own followers - the existence of a bigger threat that makes even the Constellation fleet seem insignificant. Disaster has come for General Adolphus and Hellhole...and this time there is no escape.

I really enjoy this series

There are story lines and sub plots, and intersecting and diverging relationships, challenging new worlds and conflicting ideologies that lead to war, advanced technologies and creatures with new talents. What more could you ask for in great SF Novel! All the pieces are here, great plot line and rich well developed characters, exceptional leadership and inept. The narration is outstanding. Read or listen to the first book if you have not already done so. Once I started listening to the book I couldn't stop. When does the next book hit the street?! Keep writing Kevin and Brian. Well done as usual Scott.

Let's Just Sit Down and Cry

I know that the essence of good writing is conflict and without it you just get boring. However, when the protagonist is challenged over and over again they are supposed to overcome the in-between problems before the next disaster starts. Almost everyone believes they are brilliant but they never learn, anything.

In Awakening, everyone thinks they are so brilliant they can't possibly lose so, of course, everyone loses. I mean every time, in every way. When the bad guys make a plan the good guys make a better plan. Of course when that is done the aliens (who no one new existed) step in to save the day. But of course that goes wrong. Then the universe steps in and causes more problems.

I could go on and on but why bother? It is the most depressing group of characters I have ever known. It isn't that everything goes wrong...it's that nothing, ever, goes right and not one ever learns anything.

It keeps getting better

Character development was a little slow in book one. Overall a great series always love to hear Scott Brick. Looking forward to book 3.

Too predictable with over the top narration.

I am literally half way through this series and I will stop here. The plot line is far too predictable, and though I usually like Scott Brick as a narrator, he is just laying it on too thick. Sorry guys... I will check out the next Herbert-Anderson endeavor, and hope it is not like this.

Fans of Brian Herbert & Kevin Anderson will enjoy this departure from the Dune universe. This is the second in the series and does not stand alone.

The story continues where the first book left off and there is no question that there will be a third, at least.

So this book is a Second Act, albeit a good listen. We learn more about the aliens that inhabit Hellhole and there is great drama.

What did you love best about Hellhole: Awakening?

Character depth and political intrigue in a science fiction setting.

I really love this series - it reminds me distinctly of another series that Anderson wrote but I loved that series too so that was ok for me. The only issue I had at all with this novel is I wanted to the Antagonist on the throne to be less cartoonish and have more depth.

This is a great new series of books. The narration is superb. The story is captivating. (spoiler alert) - I only wish the writers had not killed off the comedic relief of Vincent and Fernando. They would have been a great pair to spin off in a whole new adventure. However, the writer does an excellent job at presenting technology in small enough amounts so as to not completely lose the reader.

No, because while I'm interested in the ideas the book explores it takes forever to actually get anything done. I feel this story could have been covered in half the time.

Would you recommend Hellhole: Awakening to your friends? Why or why not?

I would only recommend it if they where heavy fans of Mr. Herbert or Mr. Anderson

Very Fair, I just think the material dragged the story done some.

Was Hellhole: Awakening worth the listening time?

A little, but not the full time it took to listen to it.

What did you love best about Hellhole: Awakening?

Fabulous book and I really love Scott Brick as the reader! A pleasure to listen to .

Have you listened to any of Scott Brick’s other performances before? How does this one compare?

He is always great!