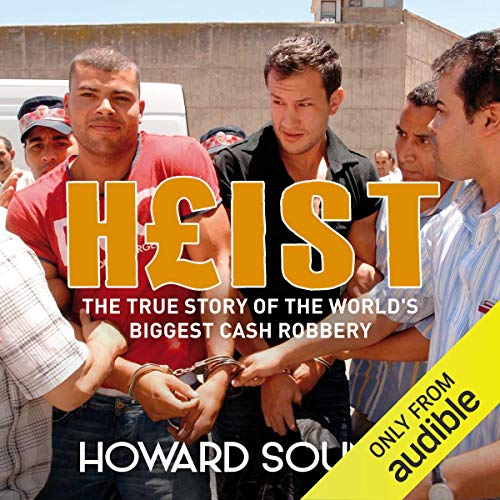 On 22 February 2006, £53 million was stolen from a cash warehouse belonging to the Securitas company in Tonbridge, Kent. In terms of value, the robbery puts previous British capers, such as the Great Train Robbery, in the shade. This was a crime notable for its audacity, carried out by an unlikely crew of players that included a used car salesman, two Albanian casual workers and a roofer. Five men were convicted at the Old Bailey in January 2008, which attracted nationwide media coverage. A sixth man, Paul Allen, was sentenced in October 2009 for his part.

Having become close to the Tonbridge gang and the police during three years of research, Sounes relates a classic crime caper in irresistible, almost forensic detail. After the robbery comes the exciting, sometimes comical story of the getaway. Money is found, and arrests are made, but key characters slip out of the country, and millions of pounds are still missing.

Heist is the definitive account of these compelling events, is wildly entertaining and a must for all fans of well-written true crime. Since the book has been written, Darren Aronofsky (director of The Wrestler) has announced he will direct a British-made film.

Howard Sounes is known for writing detailed and revelatory biographies of a wide range of extraordinary personalities, including the murderers Fred and Rosemary West (Fred & Rose), the American author Charles Bukowski (Locked in the Arms of a Crazy Life) and the musicians Bob Dylan (Down the Highway) and Paul McCartney (Fab). His new book is Amy, 27 - a study of the life and death of Amy Winehouse and the other iconic stars who died at the same young age.