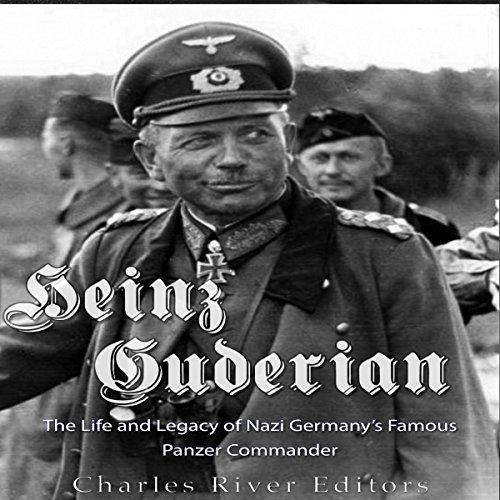 "Actions speak louder than words. In the days to come, the Goddess of Victory will bestow her laurels only on those who are prepared to act with daring." (Heinz Guderian)

Heinz Wilhelm Guderian was one of the most respected commanders and theoreticians of World War II. An innovative tank commander, he was a pioneer of German Blitzkrieg tactics and therefore a hugely influential figure in the way the war was fought. Guderian's profile was not always what might have been expected for a man of his abilities and influence, due to the shape of his career.

As a German commander during the war, Guderian fought for one of the most appalling regimes in history, so while his skills are respected, it is hard to celebrate a man who led the troops of the Reich, especially to such success. Erwin Rommel, the legendary Desert Fox, managed to somewhat sidestep this stigma through his glamour and remarkable achievements spanning the length of the war, but Guderian was out of power for over a year, and when he returned, it was not to a position of battlefield command, giving him fewer opportunities than Rommel to build his reputation in the eyes of the Western media.

The reasons for Guderian's time out of command are tied to the reason for his lower profile - he was a traditional German career officer rather than an ideologically driven Nazi, willing to challenge Adolf Hitler's opinions on military matters. This, together with his outspoken attitude, led to his loss of favor and dismissal from command. At the same time, being a career military man rather than a Nazi officer also meant Guderian was not as directly involved in the atrocities of the war, and he did not gain the infamy of his SS contemporaries.