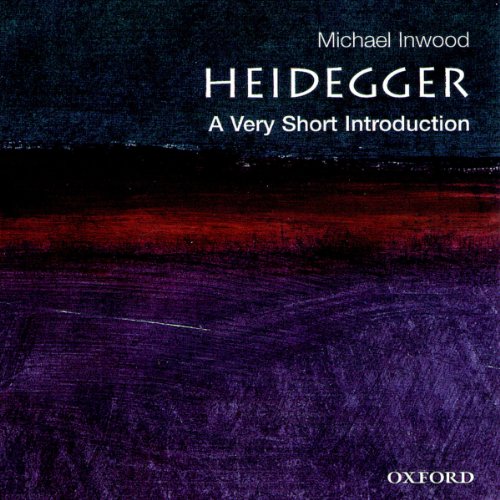 Martin Heidegger (1889-1976) is probably the most divisive philosopher of the twentieth century: Viewed by some as a charlatan and by others as a leader and central figure of modern philosophy. Michael Inwood's lucid introduction to Heidegger's thought focuses on his most important work, "Being and Time," and its major themes of existence in the world, inauthenticity, guilt, destiny, truth, and the nature of time. These themes are then reassessed in the light of Heidegger's later work, together with the extent of his philosophical importance and influence. This is an invaluable guide to the complex and voluminous thought of a major twentieth-century existentialist philosopher.

Not new to Heidegger

I have been fortunate to have done some graduate-level philosophy coursework (non-degree seeking) on MH. This is a solid refresher with only some editorializing. It deals primarily with the philosophy behind Dasein in Being and Time. The reader is clear and the voice neutral (to my American ear). The section on art and later Heidegger seems cluttered and jargon-heavy but that is partly the philosophy. The bit about national socialism at the end is interesting and includes what must be known, that MH was an early advocate of the Nazi party. I am going to listen to the audiobook again to make sure I am well-versed.

Heidegger himself was against clarity in philosophy, calling it “suicide”. Inwood thus has his work cut out for him in illuminating Being and Time as well as the stakes of the issues at play. While the book is certainly introductory in scope, it accomplishes this difficult task brilliantly.

Rather than illuminates. The writing here is awful. Though the reading not bad. Look elsewhere

shallow and student like. this is good for nothing other than a graduate thesis.

Good intro but his method

I have a lot to nibble on. Didn't fully elucidate but then again was that really possible given the subject matter?