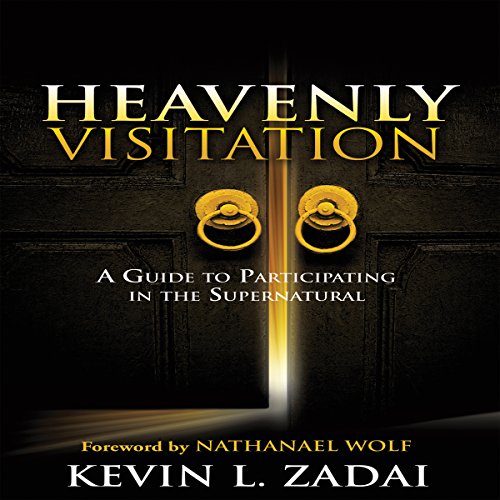 The supernatural visitation described in this book happened in 1992. However, I felt that I could not speak of it openly until the time was right; and that time is now! In the years that followed, I had angelic encounters that are also recounted here. The time I spent in the presence of Jesus profoundly changed me! During this time, Jesus promised that the story of His visitation and the teaching He gave during my 45 minutes with Him has the capacity to radically change you too.

About the author: Kevin Zadai was called to ministry at the age of 10. He attended Central Bible College in Springfield, Missouri, where he received a Bachelor of Arts in Theology. Later, he received training in Missions at Rhema Bible College. At age 31, during a routine day surgery, he found himself on the "other side of the veil" with Jesus. For 45 minutes, the Master revealed spiritual truths before returning him to his body and assigning him to a supernatural ministry. Kevin holds a commercial pilot license and has been employed by Southwest Airlines for 27 years as a flight attendant. He and his wife, Kathi, reside in New Orleans, Louisiana.

the book was confirmation to these same truths about our tongue and the power that comes forth to shape our lives. I understand the missed appointment. thanks for sharing.

I love to hear good stories and others experiences ... but this is a direct message from our Lord in heaven! Listen and Learn!

Thank you! Kevin. So glad I listened to this.

Really helpful in this time of my life. Would definitely recommend this to anyone that wants learn.

NOT SCRIPTURAL! DO NOT READ!

This book is not based on Scripture. The Scriptures that are cited are taken out of context. This is the prosperity gospel, and the author focuses much more on himself than on Jesus. God is portrayed as a genii who gives us whatever we name and claim. Only lip service is given to His true role as King of Kings and Lord of Lords. Do not be deceived by this book. Seek a relationship with God and test everything through the whole lens of Scripture, taken in context.

things to think and pray about!!!

this book was very interesting. I truely beleive that God can operate in thr ways this author describes and it makes me want to be a better hearer of God and reader of his word. I am not impressed with thr narrator, it was kind of hard to listen to. I can't tell you why... and it is not meant to be offensive, it was just difficult to hear.

You can feel the presence of Christ

I'm grateful that Holy Spirit led me to purchase this book! it's transformative and deepening. I'll never be the same. Thank You Abba.

Finished it in one day! Everything is backed by scripture. I highly recommend this book.

If your truly hungry this is a great meal! Kevin Zadai's testimony of heaven and the now is worth more than gold! It is actual spiritual food for those who have an appetite!

Just read the book, I can’t explain it

Kevin Zadai has been anointed to impart such revelation straight to your spirit. You hear it and it speaks to you and you can’t even explain the depth of what you heard.