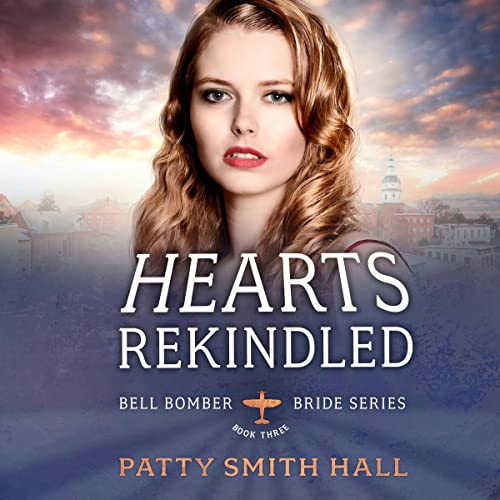 "I'm here to see my daughter."

She never thought she'd see John Davenport again. Merrilee Daniels Davenport's former husband has returned to their small Georgia town after fighting in the Pacific. And now the soldier is bearing a letter from the little girl he didn't know he had. Merrilee wishes that she and her daughter could lean on John's able shoulders, but her new assignment as a homeland informant won't allow it.

Twelve years have only made Merrilee more beautiful in John's eyes. Back then, he was the proud fool who walked away. Now all he wants is to prove he can be the husband she deserves and the daddy his daughter needs.

Great book and kept my interest

The narrator did an excellent job of keeping the story exciting. The story was also really good. I liked book 2 a little better then book3, but that’s just my opinion. Would definitely recommend.

An Enjoyable History Lesson with Romance

I truly enjoyed this story that had plenty of history interwoven in the story. I grew up in a city with a strong German heritage, and I never thought about how the government might have had friends and neighbors watch others during WWII. So I could understand Merrilee's reluctance to pass information about Miss Aurora, a beloved local resident, in exchange for her daughter's health care.
The story between Merrilee and her ex-husband, John was sweet as they work to overcome past mistakes and hurt. In between, the story also talked about children that sometimes became "throw-away" children because of physical or mental imperfections. Yet Miss Aurora showed the love of God for the special children.