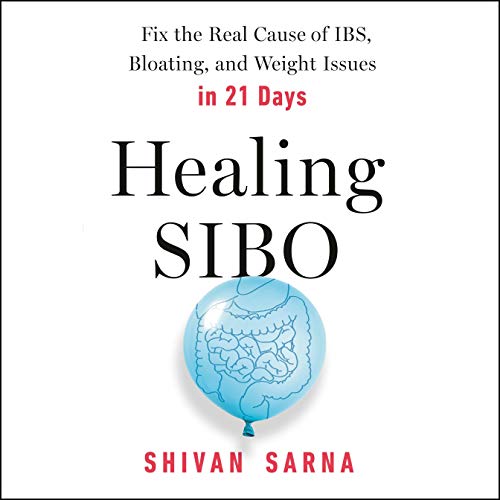 A guide to recognizing and overcoming SIBO, with a 21-day plan to stop feeling bloated, start losing weight, and fix your gut.

Even as millions of Americans suspect they're suffering from a gastrointestinal disorder, they may spend years in pain before they figure out just what's going on with their gut. And while irritable bowel syndrome (IBS) is commonly diagnosed, SIBO, a disorder with basically all the same symptoms, is not.

So, what is SIBO? The acronym stands for Small Intestine Bacterial Overgrowth, a disorder in which bacteria that usually grow in other parts of the gut start to proliferate and take up residence in the small intestine. This causes a whole confluence of symptoms, ranging from bloating and cramps, to uncontrollable weight gain or weight loss, to even malnutrition when the bacteria eat up vital nutrients from our food. Even though several studies have shown that as many as 84 percent of patients with IBS also tested positive for SIBO, it remains understudied and underdiagnosed.

After decades of dealing with debilitating symptoms with no relief, Shivan Sarna's life changed when she was diagnosed with SIBO. As she eliminated her symptoms one by one through lifestyle changes and help from her physicians, she started to synthesize her personal experiences with Western and naturopathic medicine and dedicate herself to advocating for those suffering from SIBO, or those who think they could be.

Now, in this groundbreaking book, Shivan shares her step-by-step plan to treat and even cure SIBO, with information on what to eat and what to avoid, how to build a routine to manage your symptoms, and how to work with your doctor to find supplements and medications that promote healing. Shivan also includes her 21-day SIBO Specific Diet, which includes more than 40 recipes to put you on the path to recovery. Whether you're SIBO-diagnosed or SIBO-suspicious, this empowering guide will change the way you approach and think about your gut and overall health.

This audiobook includes a downloadable PDF of SIBO-friendly recipes.