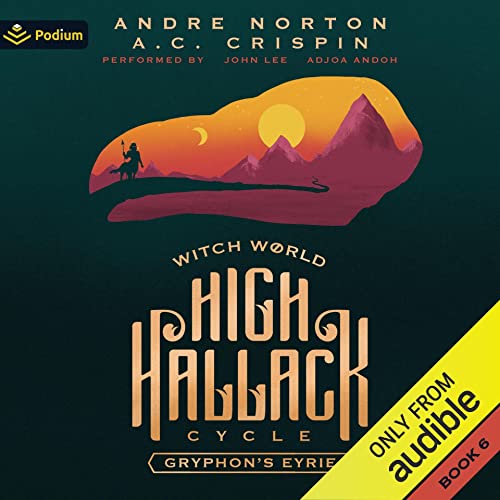 The heritage of the Gryphon will choose its own. The time of choice is now.

The urge within him is overwhelming, and Kerovan - he of the cloven hooves and amber eyes - is driven toward the mountains - toward the dark. With him goes the Lady Joisan, who carries with her secrets unknown to Kerovan.

By calling upon the powers within themselves, willing the forces of light to fight against the forces of the dark, they reach their destination...only to face That Which Runs the Ridges in the final battle. Everlasting undeath - and horror for all the world - will take them if they fail.

One of my favorite books

Witch World's series is just one of the best fantasy series. It is easy to listen, interesting and just perfect for your imagination.