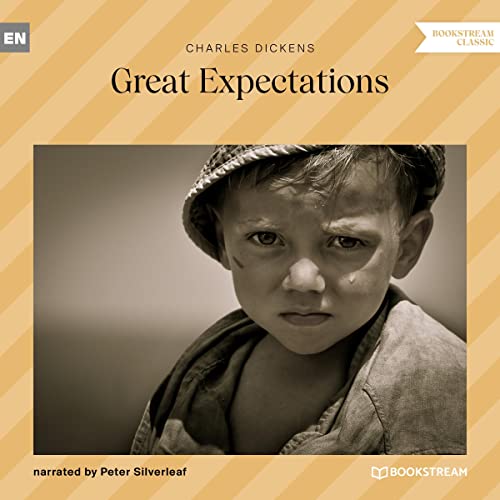 Great Expectations is the thirteenth novel by Charles Dickens and his penultimate completed novel, that depicts the education of an orphan nicknamed Pip (a bildungsroman). It is Dickens's second novel, after David Copperfield, to be fully narrated in the first person. The novel was first published as a serial in Dickens's weekly periodical All the Year Round, from 1 December 1860 to August 1861. In October 1861, Chapman and Hall published the novel in three volumes. On Christmas Eve, around 1812, Pip, an orphan about seven years old, unexpectedly meets an escaped prisoner in the village churchyard, while visiting the graves of his parents and siblings. The convict scares Pip into stealing food and tools from Pip's hot-tempered elder sister and her amiable husband, Joe Gargery, a blacksmith, who have taken the orphan in. On early Christmas morning, Pip returns with a file, a pie, and brandy, though he fears being punished. During Christmas Dinner that evening, at the moment Pip's theft is about to be discovered, soldiers arrive and ask Joe to mend some shackles. Joe and Pip accompany them as they recapture the convict, who is fighting with another escaped convict. The first convict confesses to stealing food from the smithy, clearing Pip of suspicion.