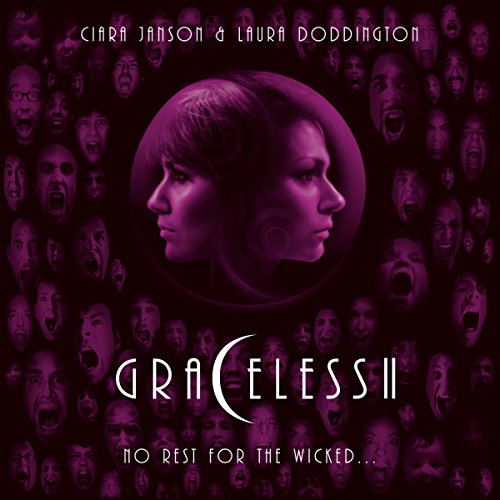 Abby and her sister Zara are not real people. They were created by pan-dimensional beings to help save space and time.

They’ve been blessed with special powers. They can see into people’s heads, even influence their thoughts. And, so long as they’re together, they can go anywhere or when.

But the universe is dangerous, unpredictable. Abby and Zara have made mistakes - and many thousands have died. They know they’ve done wrong, that they have made enemies, who scour all of history to find them.So they keeping moving on, trying to make amends, trying to help people. And not to do any more harm….

Part One: The Line

“The moment we stop, the moment we let the past catch up with us…We're done for.” Marek has brought Abby and Zara home to the city where he grew up. They’re wary at first – they’re meant to keep a low profile. But Marek assures them that everyone he knows here is dead.There’s a Rune Festival approaching, an excuse for a wild party – and it’s like there’s something in the air. Abby and Zara are soon swept up in the crowd, but Marek hasn’t told them the whole truth.Why has he brought them here? What can they do to help? And why is everyone so terrified of Manchu Golding?

“There goes the neighbourhood.” The rain hasn’t stopped in three days and the floodwaters are rising. A small group of townspeople are determined to stop their town from being dragged into the sea.Abby and Zara are keen to help - anything to keep themselves busy after what they’ve both just been through. Maybe, finally, they’ve found somewhere they might settle down…But there’s something causing the flood. And it can’t let anything stand in its way.

“When you’re together, you two can do anything.” Wherever Abby and Zara have ended up this time, their powers no longer work. It’s dark and cold and there are no stars. Frequent sand storms threaten to cut the girls to pieces. But they are not alone...On a planet at the end of the universe, someone they never thought they would see again has been patiently waiting.