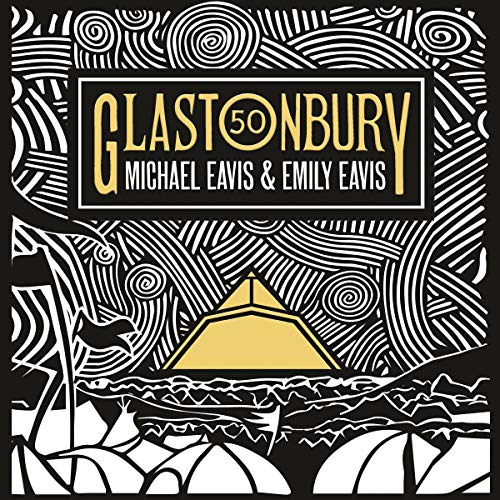 Glastonbury 50 is the authorised, behind-the-scenes, inside story of the music festival that has become a true global phenomenon.

The story begins in 1970. The day after Jimi Hendrix's death...dairy farmer Michael Eavis invites revellers to his field in Somerset to attend a 'Pop, Folk & Blues' festival. Tickets are £1 each, enticing more than a thousand customers with the promise of music, dance, poetry, theatre, lights and spontaneous entertainment - as well as free milk from his own Worthy Farm cows.

Fast-forward through five tumultuous decades, and the Eavises' vision now encompasses a gigantic 'city in the fields', with a total annual population nearing a quarter of a million. Tickets sell out within minutes, the show is beamed live to more than 40 countries around the globe, and over 3 million people are registered to attend. Meanwhile, the bill has expanded to include big-name performers, artists and designers from every branch of the creative arts. Glastonbury Festival is now the largest outdoor green fields event in the world.

In their own words, Michael and Emily Eavis reveal the stories behind the headlines and celebrate 50 years of history in the Vale of Avalon. They're joined by a host of big-name contributors from the world of music - among them Adele, JAY-Z, Dolly Parton, Chris Martin, Noel Gallagher, Lars Ulrich and Guy Garvey. They're joined by artists - Stanley Donwood, Kurt Jackson and many more. Writers - Caitlin Moran, Lauren Laverne, Billy Bragg - and by a host of photographers, from '70s icon Brian Walker to rock and roll legends Jill Furmanovsky and Greg Williams.

Together they bring you the magic that makes Glastonbury, Glastonbury.

As a festival curator from South Africa, this book is both inspirational and inspiring, it is filled with hair raising moments, and a must read for anyone in the entertainment industry.