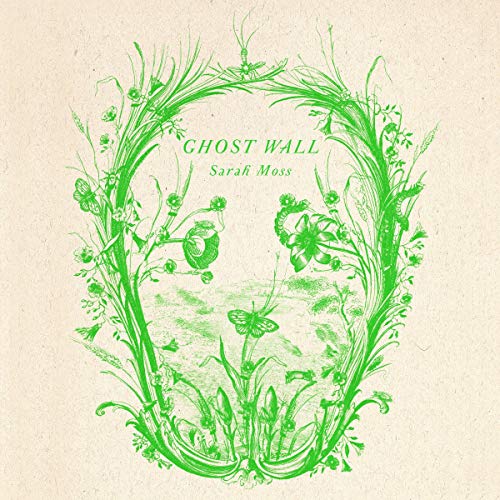 2019 The Times Literary Supplement Books of the Year

2019 NYPL Book for Reading and Sharing

2019 Hudson Booksellers Best of the Year

2018 Financial Times Books of the Year

2018 The Times Literary Supplement Books of the Year

A taut, gripping tale of a young woman and an Iron Age reenactment trip that unearths frightening behavior.

The light blinds you; there’s a lot you miss by gathering at the fireside.

In the North of England, far from the intrusions of cities but not far from civilization, Silvie and her family are living as if they are ancient Britons, surviving by the tools and knowledge of the Iron Age.

For two weeks, the length of her father’s vacation, they join an anthropology course set to reenact life in simpler times. They are surrounded by forests of birch and rowan; they make stew from foraged roots and hunted rabbit. The students are fulfilling their coursework; Silvie’s father is fulfilling his lifelong obsession. He has raised her on stories of early man, taken her to witness rare artifacts, recounted time and again their rituals and beliefs - particularly their sacrifices to the bog. Mixing with the students, Silvie begins to see, hear, and imagine another kind of life, one that might include going to university, traveling beyond England, choosing her own clothes and food, speaking her mind.

The ancient Britons built ghost walls to ward off enemy invaders, rude barricades of stakes topped with ancestral skulls. When the group builds one of its own, they find a spiritual connection to the past. What comes next but human sacrifice?

A story at once mythic and strikingly timely, Sarah Moss’ Ghost Wall urges us to wonder how far we have come from the “primitive minds” of our ancestors.

“I have never read a novel this slender that holds inside it quite so much. Wild, calm, dark yet hopeful, a girl with a smart-mouth narrates her own difficult history as well as that of Britain.... This book ratcheted the breath out of me so skillfully that as soon as I’d finished, the only thing I wanted was to read it again.” (Jessie Burton, author of The Miniaturist)

“I stayed up half the night gulping down Sarah Moss’s slim, unnervingly tense novel. Ghost Wall has subtlety, wit, and the force of a rock to the head: an instant classic.” (Emma Donoghue, author of Room)

Financial Times Books of the Year

The Guardian (UK) Best Books of the Year

Hudson Booksellers Best of the Year

NYPL Book for Reading and Sharing,

The Times Literary Supplement Books of the Year

I enjoyed the historical aspects of this novella as well as the overall story being conveyed. It centers on a seventeen year old girl named Silvie, with her controlling and manipulative father and subservient mother who go on vacation to participate in an experiential archaeological re-enactment of an Iron Age British Northumbrian camp with a group of college students and a Professor, Silvie calls "Prof".

The book mirrors and highlights the ancient traditional roles of women who in this story as well are left to 'gather' and cook and clean, while the men are 'hunters' providing the meat for the camp. The story really starts when the Prof and Silvie's dad try to reenact the ancient ceremonies of the Bog People who resided in the region, which included building a "Ghost wall' of skulls of their kills as a sacrifice of sorts.

The crux of the story revolves around Silvie's relationship with her controlling father when she challenges his ideas, and how he views her and her mother's roles in life, and as the tension between father and daughter builds, others in the camp begin to take notice of her struggle.

The story started slowly and did pick up as I went along, and it didn't end like I'd expected, but all in all still a good 3 1/2 out of 5 star read.

I tried to read the actual book and just could not get past the extremely strange writing style. So.... I decided to listen. Still very strange but i managed to get through it. I didn't hate the book but i would definitely say it's not a favorite. Funny thing, i purchased the US AND UK editions of the book because i loved the covers so much.

A portrait of the anger and learned helplessness that accompany abuse. It's a cruel thing to listen to, but worth it.

This story is an affecting parable about Brexit, consent, and masculinity gone awry. It is also a critique of the nostalgia for earlier times and the implications those earlier times carried.

Disturbing but worth the read

The story is haunting but well created and definitely worth the listen! Fair warning that the content is not for all.

not sure why I couldn't stop listening. The story was anxiety-making throughout. the resution at the end was not fulfilling - I dont wanna give it away but I really wanted more to happen. like BAM. instead it went out like "ping"