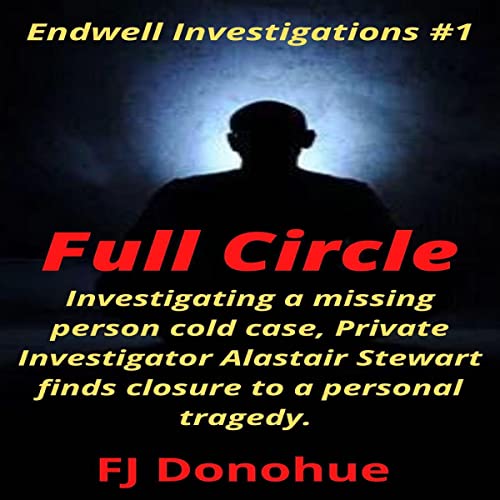 A severely wounded FBI agent reinvents himself as a private investigator.

When Alastair Stewart loses his wife and unborn child and is badly injured in an ambush in Miami, he moves back home to upstate New York to begin his life over.

He opens a private investigation agency. Along the way, he rescues a dog, half-shepherd, half-husky, thrown from a moving car. Sherlock becomes his faithful sidekick as he investigates an explosion in a local bluestone quarry.

Then a dying mother persuades him to take on a cold case the local police have been unable to close. Her autistic son disappeared 10 years ago. His investigation not only leads him to the boy, now a man, but also the drug and money laundering ring ultimately responsible for his wife and unborn child's death.

Listen to this first novel in the Endwell Investigations series to get reacquainted with characters from FJ Donohue's Upstate Mysteries and meet Alastair and Sherlock, an inseparable team.