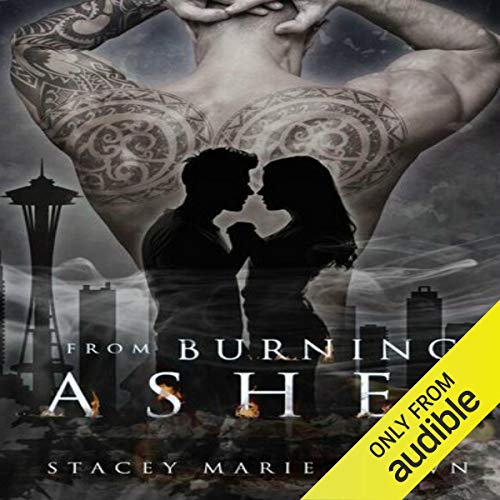 This war is not being played on a battlefield.

Killed by the man she loves, not even death is kind to Zoey.

Neither life nor her fae powers will let her go in peace.

In this final installment, Zoey's strength, determination, and trust are put to the ultimate test. In the fight to protect the people she loves and stop DMG from experimenting on fae, humans, and animals to create soldiers, she learns the reality of how far Dr. Rapava will go to achieve his ultimate mission.

Of course, Rapava is not the only one willing to go to extremes. Vadik is hunting Ryker, and there is nothing he won't do to get back the property he feels is his: both Ryker and the Stone of Destiny.

To end one evil, Zoey might have to make a deal with another. One she won't be able to get out of. And it could be the worst decision she ever made.

This one was a let down

The first books I really liked. But this one was terrible. It's like she could only make bad decisions only it made the heroine very annoying. it was difficult to finish this but since I listened to the other 3 I had to finish it.

Listened to all in the series. Really likes the first 2 books. Third was kinda boring. The final. Was too much and no real story line. It was pretty predictable and kinda a run on. Wished more for it.

I was hooked on this series from 1/4 of the way in the first book. I couldn't put it down. So I had high hopes for the conclusion but it was kind of a let down. Every drama could have been avoided but nope, Zoey dives head first into it. I thought it'd be a bit more clever or invigorating but it was just drawn out and irritating. But I felt that the overall story should get a 3 but this book solo would be a 2.

The first three books did not have an ending but just stopped. Was hoping this book would wrap it up. Instead opened more questions that make the rest of the series seem insignificant. This book and series would have been great if condensed into a single prequel that introduces what the world looks like after this series. The book and series itself leaves too much to be desired and the writer really needs to work on writing plots.

The characters were great. The bad guy was believable and the side characters were fun and made the story interesting. The Amy Landon did a great job in being clear and changing the voices according to character.

Yes, I'm not afraid to put this out there. This was my favorite audiobook of 2016. Well anything written by Stacey Marie Brown and narrated by Amy Landon will always find their way to my top list.

Normally my reviews are longer (yes longer than this one lol) because I over think. However, the less I say the more intrigued you will be. The series has ended and I am parts excited by how perfectly written the story played out and sad because these are characters I've grown to love are gone.

When an author can depict an emotion with words that make you feel all of what is being said, then they've not only done their job, but did it well. This is how I feel about Brown's From Burning Ashes. None of the characters had it easy. From the beginning it has been a race to survive. And while listening, all I could say was "can they catch a break?" lol.

FBA is everything I'd hoped it would be and some. It was heart-pounding, heartfelt and a pure adrenaline rush as Zoey, Ryker and Sprig fought to the death against their pursuants.

Stacey once again proves herself in the finale of an amazing series. She had me worried for a moment, but she never seems to disappoint her listeners. Even though her cliffhangers have cliffhangers. FBA has become another favorite to be cherished and housed in my heart for life!

Amy Landon outshines herself in this performance. She has a knack for delivering believable emotions the touches the soul. Kudos for the team-up of an amazing author and equally amazing narrator!

I loved the first three books, and I was both excited and dreading the conclusion. It's always like that with a good series! This did not disappoint. All the tension, all the questions, all the unknowns are finally clicking into place. It felt like a good closing to a fast paced, action filled, heartache enduring story. Well done. I love the characters in this series, every one of them! The relationship between Ryker and Zoey feels real, with ups and downs and frustrations. It wasn't the average love at first sight, too, which was refreshing. Kroygen (not sure how you spell his name) and Sprig's banter was hilarious. Speaking of Sprig, he is the absolute best! I adored him. I was a honey-loving sprite monkey! The voices Amy Landon did for each character fit them well, but the one she did for Sprig was PERFECT.

There was some voice technicalities in this book, at times it would switch and sound a little echo-y. It was less in the last half of the book, but definitely noticeable in the first half. That said, it didn't annoy me enough to shut off the story at any time. Just a heads up in case that kind of stuff bugs you. :)

I struggled with finishing the 4th book of this series. The reason I gave this a 3 star was because of the extreme repeating of Zoey's past and too many stories. I felt this all good have been rapped up in 3 books instead of prolonging it to 4 and I do like Stacey Brown's books, truly I do but I was getting bored and actually was just wanting it to end. My favorite "character " was Sprig! He was what kept me going and a little surprisingly.........Croygen grew on me. I was happy that Ryker, Zoey and her family (that grew) got their happy ending and was happy with the epilogue. Love it when authors do that!!

by far the best

I'm not sure if i just got used to the narrator's but this was by far the best of the series.

I liked Zoey less and less each book into the series, but the last book took the cake. I have a headache from rolling my eyes too many times! She is impulsive, and puts all the people she says she loves in unnecessary extra danger over and over again because of that lack of self-control. I could understand Ryker's impulse to kill her, and almost wish he would have. She has few redeeming qualities for anyone who doesn't want to get badly hurt or killed just by associating with her.

As Bad as the Third Book; No Real Resolution

Stacey Marie Brown really needs to work on plot development, pacing, and resolution. If you've experienced the first three installments of this series, you are probably wondering about several elements finding conclusion in this final book. It doesn't happen. I listened to this book only to say I completed the series, and it was cheap to obtain. If you like an abundant use of deus ex machina, immature and impulsive heroines, and no real understanding of a fantasy world and what will come of it by the end, then this book and series is just right for you.

Amy Landon was always three stars for me in this series.

I don't recommend this book or the series as a whole. If you're into the fantasy genre or fantasy romance, there is so much better out there. Save your time, money, and desire to be entertained for a series that deserves it.