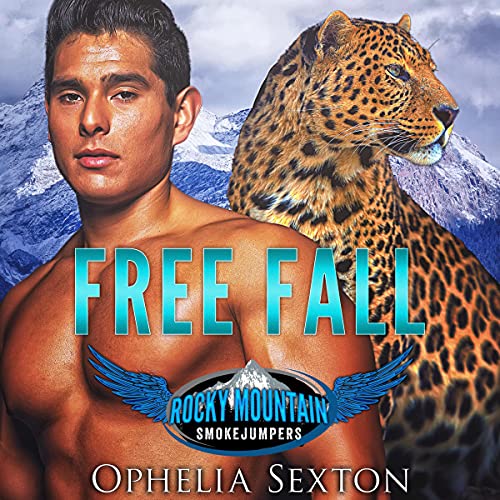 She wants him as her fake fiancé. He wants her as his mate. Will their pretend engagement end in disaster?

Successful entrepreneur and jaguar shifter Maggie Ornelas is fearless and fiercely independent. She's spent her life successfully dodging her family's matchmaking efforts...until her heroism during a harrowing rescue from a raging forest fire makes the national news and draws unwelcome attention from her clan elders.

Ambushed by her parents and the clan matriarch at the grand opening of her newest top-tier bakery in Denver, Maggie's handed an ultimatum: either repay her clan's big business loan or agree to an arranged mating to Aarón Lopez, the heir to a rival jaguar shifter clan - and someone Maggie loathes.

All seems lost until a knight in a yellow firefighter's shirt steps up save her with a white lie about being her boyfriend. Even better, smokejumper Estevan "Steve" Lopez is Aarón's younger brother, so her parents instantly approve of him. Maggie offers Steve a bargain he can't refuse - if he's willing to pretend to be her fiancé until she can scrape together the loan repayment, she'll pay for the lawyer that his grandmother desperately needs.

Things get complicated when Steve realizes that Maggie's his fated mate and that he wants to claim her for real. Meanwhile, she's fighting her growing feelings for her fake fiancé because she's afraid that yielding to love - and her clan's wish to unite the Ornelas and Lopez jaguar shifter clans - will force her to sacrifice everything she's worked for.

Will Maggie and Steve's pretend engagement prove to be the perfect solution to both their problems...or an utter catastrophe?

I love the world that Ophelia has created in these books. Wonderful, enthralling characters that suck you into the story. I love the narrator, and the way the book flows. I highly recommend checking this series out!

Another amazing addition to a much loved series. Getting to hear about previous characters is fantastic. Hope to hear more from Maggie and Steve. Narrator did a wonderful job also.