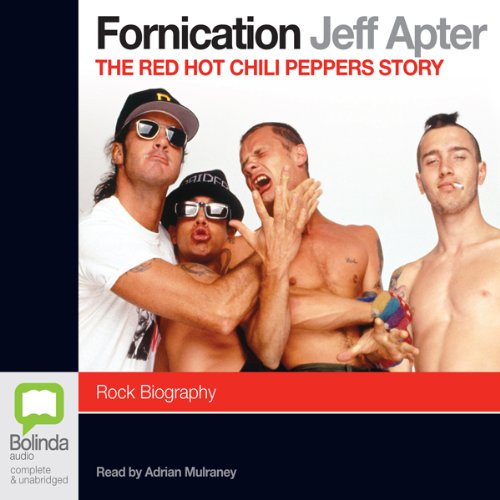 Here is the extreme story of the indestructible LA group, from their early funk days to eventual success as one of America’s top-selling bands.

Despite an epic reputation for exhibitionism, drug taking, and drunkenness, through it all the Chili Peppers have continued to produce records that shock, challenge, and intrigue their fans. Jeff Apter tells the complete Red Hot Chili Peppers story, from their first meeting at a Los Angeles high school to the creation of such career-defining albums as BloodSugarSexMagik, Californication and By The Way.

a must for any and all fans of the Peppers, thorough, interesting, insightful, and inspiring

I'm a Pepper Too

Great story and very very interesting to say the least! John Frusciante is a genius!

From start to finish it was great. A truly awesome story of a great band that ia still killing it to this day...