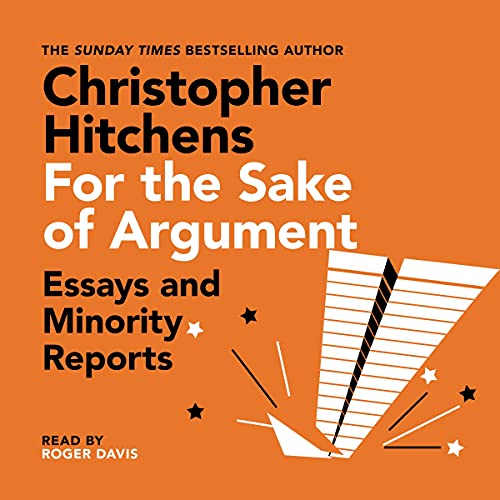 For the Sake of Argument

The global turmoil of the late 1980s and early 1990s severely tested every analyst and commentator. Few wrote with such insight as Christopher Hitchens about the large events - or with such discernment and wit about the small tell-tale signs of a disordered culture.

First published in 1993, the writings in For the Sake of Argument range from the political squalor of Washington to the twilight of Stalinism in Prague, from the Jewish quarter of Damascus in the aftermath of the Gulf War to the embattled barrios of Central America. Hitchens provides re-assessments of Graham Greene, P. G. Woodhouse and C. L. R. James, and his rogues' gallery gives us portraits of Henry Kissinger, Mother Theresa and P. J. O'Rouke. The addition of pieces on political assassination in America, as well as a devastating indictment of the evisceration of politics by pollsters and spin doctors, and an entertaining celebration of booze and fags, complete this outstanding collection from a writer of unequalled talent.

"The test of this kind of book is for the reader to be able to open it anywhere and be drawn into the argument; it's a test that Hitchens passes time and time again.... He can be devilishly funny, but he is also capable of writing with acid seriousness." (The Independent)